Women in headscarves should have more presence in films and TV 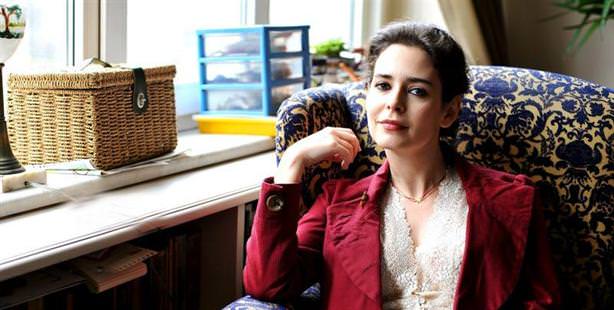 On the verge of the release of a new documentary in which she stars as a headscarf-wearing character, actress Pelin Batu states, “Headscarves are everywhere, however we hardly see them in films or television shows. They need to be present more. The mentality of putting people in boxes is beginning to be broken down and normalization has slowly begun.”

Batu stars as a headscarf wearing woman in the "Zor Yılların Kayıp Çocukları" (The Lost Children of Difficult Years) documentary which details what transpired during the 1980 coup-era. Filming for the documentary, which is a Bahçeşehir University production, has come to a close and the film starring Pelin Batu and Tolga Güleç will be premiering at a gala on September 20th. The film, directed by Dr. Erkan Büker, a professor at Bahçeşehir University's Department of Film and Television and written by Dr. İnci Taşdelen, also a professor at Bahçeşehir University, tells the story of Onur, who lost his leftist mother in prison and Züleyha who was brought up by rightists in a depiction of the traumas suffered by the children of victims in the coup.

The film 'Zor Yılların Kayıp Çocukları' is half a drama and half a documentary using real-life witnesses to recall the events of the era. Screen writer İnci Taşdemir cast Pelin Batu for the role of Züleyha due to her and her family's familiarity with the history. "I don't think the generation that has been victimized due to the coup has been spotlighted enough. Those that endured the coup at the time have somewhat been covered, however the generation consisting of their children; those in their thirties or forties now, have not yet shared their stories," says Batu.

Batu believes that this film and similar projects show that this country is entering a healthy era. "We have experienced schizophrenic ebbs and flows in every area." Batu brings up the example of headscarves by stating, "Can you believe people were thrown out of universities or not even allowed to enter due to a scarf they wore on their heads. We are still experiencing these types of problems. I believe that these types of projects are a reflection of confrontation. This needs to be done a lot more, so we can at least begin challenging certain things in order to make them right."

THE PRESENCE OF THE HEADSCARF IS A SIGN OF NORMALIZATION

Pelin Batu explains that she feels it is very important that a number of headscarf-wearing characters have begun to surface in recent projects and that it is a sign of normalization. "There are a lot of women who wear headscarves on the street and at universities. I sometimes join the group Kardeş Türküler on stage and their bassist wears a headscarf. Even though all sorts of political messages and slogans are expressed during those concerts, it is that headscarved girl that draws the most attention! This is strange to me. Headscarves are seen everywhere, however they are barely visible in films and television shows. They need to be more present. The mentality of putting people in boxes is beginning to be broken down and normalization has slowly begun," says Batu.