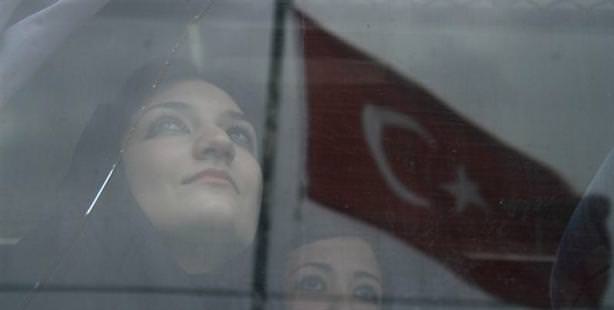 This year marks the 15th annual International 1001 Documentary Film Festival. The festival runs from September 27th to October 2nd and will be bringing documentaries from all over the word to locations throughout the city.

This year, under the theme 'System Error', the film festival will have a total 76 films showing, 16 of which are Turkish productions. The festival kicks off with a showing of Vibeke Bryld's' Bedtime Stories from the Axis of Evil on September 27th, however the night prior, on September 26th, there will be a performance by the KeKeÇa: Rythm Your Body group and musician Özgür Demir at the Cemal Reşit Rey Theater.
The festival will include a 'First Films' section devoted to ten films by young directors. There will be 25 guest directors attending the event from France, Germany, India, Ireland, Lebanon, Palestine, Spain, Greece, Belgium, Argentina, Denmark and Holland.

The program for the International 1001 Documentary Film Festival has been broken down into a color coding system denoting specific themes. They are as follows:

Black: Stories about true life war, violence, social depression and the people who experienced, suffered or resisted these time.

Red: The conditions of work and labor, workers and laborers in the world order.

Yellow: The original approaches to history by cinema and documentaries.

Purple: Women in society, women in family, women at work, women against violence-violence against women.