Ceylan speaks in Russia: “There is no censorship in Turkey” 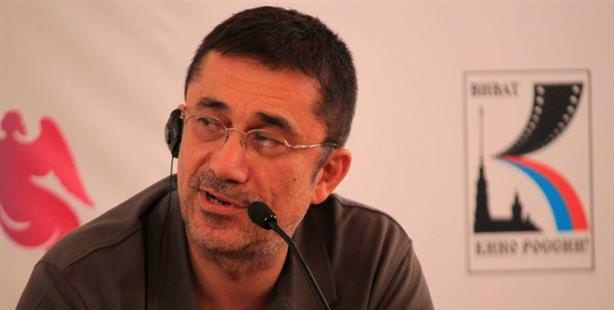 Famous Director Nuri Bilge Ceylan answered questions during a press conference held in Russia for the ongoing St. Petersburg Film Festival. Ceylan said there was no censorship in Turkey and emphasized that state support for the film industry is picking up.

Emphasizing that the Turkish film industry was especially strong in the 1970's, Ceylan says that at that time, Turkey's famous Yeşilçam Theater could have been considered one of the world's greatest cinemas. Ceylan reminds that back then, sometimes 300 films were made in one year. However, the director states, as the years passed this number dropped significantly due to a variety of factors.

THE RISE OF TURKISH CINEMA

"As far as I can recall, when I was filming "Distant" (Uzak) in 2003, there were approximately seven films being released a year by the Turkish Film Industry. However, with state support this figure is now on a rise once again. At present, approximately 100 films are being made annually, which is a figure not to be considered lightly. At the same time, in terms of quality they are not bad. There are a lot of high quality and at the same time young directors right now in Turkey. In my opinion, sometimes a little support can have a big effect. I have honestly seen that even if the state's support is not huge, it has still made a great impact on the film industry," states Ceylan.

ANYONE CAN FILM WHATEVER THEY WANT IN TURKEY

When asked whether there was censorship in Turkey, Ceylan responded by stating, "I cannot say that there is any censorship in Turkey. Everyone is able to film whatever they want. Prior to the 1980 coup the situation was extremely strict and there was censorship in a number of nations, including Russia. For example the Yılmaz Güney film "The Road" (Yol)" was recalled. This film went on to participate in the Cannes Film Festival through illegal means. However the situation is completely different now. If you go to these sorts of festivals, the state now supports you."

FILMS ARE A MEANS TO BREAK DOWN PREJUDICES

When asked what effects film has, Ceylan responded that first and foremost cinema works as an advertisement. "For example, there is a great bias against Iran. However, one changes their mind after watching an Iranian film. Of course, initially all one seas are the political realities reflected in the newspapers. However, films actually show the other reality. My interest in nations has changed as a result of films. For me, art needs to pave the way. For example, due to Russian literature and films as well as a number of other reasons, Russia has now become a country I like. Art serves as a catalyst for all sorts of relationships."

Ceylan went on to explain that in Europe, Romanian films peak his interest the most, and stated, "If you go to Romania you will see that there are not many theaters. At the same time, state support for cinema is extremely small. What is interesting is that they are still able to make great films. This means that if you want to make great art, you don't actually need much," states Ceylan.