Monica Belluci says she fell in love with Istanbul 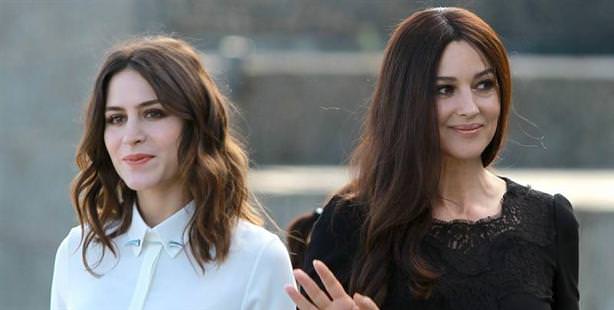 The stars and filmmakers of the movie "Rhino Season", which was up for the coveted Gold Shell award at the 60th San Sebastian Film Festival, were greeted with applause by the media in a press meeting that was occasionally emotion-filled.

Italian actress Monica Bellucci was stunning in a black dress, while Turkey's very own Belçim Bilgin was extremely graceful donning a white caftan-like top. Yılmaz Erdoğan, who also has a leading role in the film which is centered around a love triangle, was unable to attend the festival due to other engagements. Legendary actor Behrouz Vossoughi, who plays the lead role in the film, referred to Turkey as his "second home" when speaking to Turkish journalists, thanking them in Turkish.

Bellucci also remarked on her experience in Turkey by stating, "I visited for the first time for a film and fell in love! It is a uniquely mesmerizing city with its energy, modernity and for housing a variety of religions and cultures." Belluci went on for a while in her praise of Istanbul.

Explaining that she agreed to do the film eyes closed upon hearing that she would be getting the chance to work with Bahman Gobadi, a director she greatly admires, Belluci said that she is not at all unfamiliar with what transpires in Iran and in the script.

The famous actress went on to explain her familiarity with the role, "I am from the Mediterranean culture, I come from Italy. Unfortunately, I am not unfamiliar with the macho culture! I know what struggle it is for women to demand their rights in a male dominant order; therefore I can easily understand the situation in Iran."

Rhino Season, filmed in Kurdish and shot by Iranian director Bahman Ghobadi in conjunction with BKM is based on the life of Kurdish poet Sadegh Karmangar who was arrested during Iran's Islamic Revolution.

This is a translation of an article originally written by Esin Küçüktepepınar.