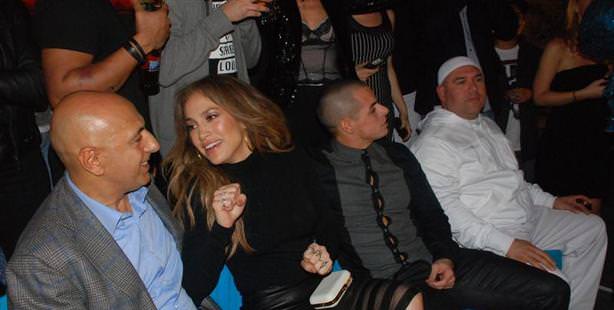 Falling in love with Istanbul, where she is performing for the first time ever, Jennifer Lopez is now planning to purchase a home from the Metropol Istanbul project.

Arriving to Istanbul for three consecutive performances, Lopez says she was a big fan of the city's enchanting atmosphere and has decided she wants to live here.The famous star's team jumped at the order and requested a catalog for Metropol Istanbul one of the city's most prestigious projects, a Varyap-GAP joint venture in Ataşehir's Istanbul International Financial Center.

The star took a look at the catalog and approved and supposedly intends to purchase a flat from the 50th floor.

Çalık Real Estate General Manager Feyzullah Yetgin explains that Jennifer Lopez requested a catalog and will be returning to Istanbul after her concert in Sophia in order to look at property. According to Yetgin, the pop star is interested in views of the islands or the Bosphorus.

"Our project was suggested by someone she knew and so when she came to Istanbul, she invited us to her show and requested a catalog. She was originally just going to leave Turkey after performing here, however, now she will be returning after her concert in Sophia," states Yetgin. According to the information obtained, the famous star will be signing a preliminary contract by Monday.

Metropol Istanbul, the project Jennifer Lopez is interested in, is drawing attention from foreign and domestic investors alike. The project, which was in high demand at the Dubai real estate fair in October, consists of three high rises with 2,000 independent units on a 700,000 cubic meter plot. The project also includes a tower, which at 250 meters tall, will be the highest of its kind in Europe.