Stars take the stage in Istanbul 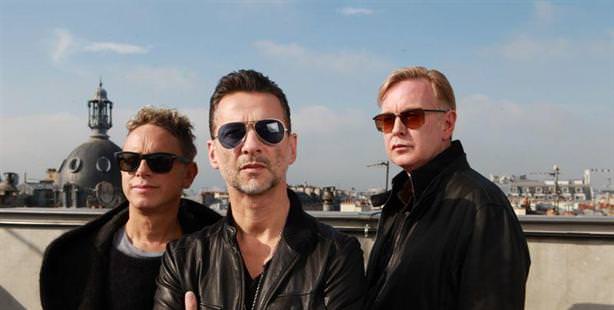 Legendary pop star Sting will be returning to Istanbul for the first time in six years on November 26th. In 2013, Istanbul hosts mega stars Depeche Mode and Roger Waters.

Istanbul will be hosting internationally acclaimed performer after performer, as the stars continue to rain on the city in the days to come.

Famous English singer Sting is the first international star to grace Turkey with his presence soon. Sting will be performing at the Ataköy Atletizm Arena on November 26th for his Istanbul stop of his 'Back to Bass' tour. The acclaimed star will be accompanied by a five-string orchestra while performing his favorite songs including 'Desert Rose', 'Fields of Gold' and 'Shape of My Heart'. Sting last performed for his Istanbul fans in 2006. Tickets are on sale by Biletix. Tel: 0216 556 98 00

DEPECHE MODE IS ON SALE
Internationally acclaimed famous electronic music group Depeche Mode will be performing in Istanbul on May 13th, 2013.

Tickets are already on sale for the performance at Maçka Küçükçiftlik where they will be performing 34 concerts in 25 different countries.

Dave Gahan, Martin Gore and Andy Fletcher as Depeche Mode will be performing one of the most highly anticipated concerts in Istanbul 2013. Those who want to see Depeche Mode, which has sold over 100 million albums in the past 30 years, can purchase tickets for their upcoming Istanbul performance from Biletix. Tel: 0216 556 98 00

Roger Waters, founder of the legendary rock group Pink Floyd recently announced the schedule for his upcoming 'The Wall' tour. Waters kicks off his European tour in Belgium in July and will be performing for Istanbul fans at the İTÜ Arena on August 3rd, for a performance organized by BKM GNL. This will be the first time the famous musician returns to Turkey since 2006, where he performed for an audience of 17,000.