Roger Waters to perform in Istanbul 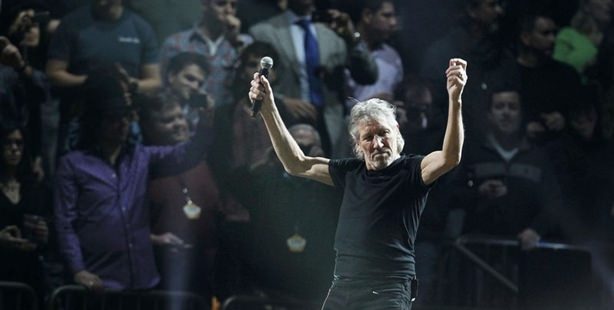 Roger Waters, the founder of the legendary rock group Pink Floyd Rock will be returning to Istanbul for the first time in seven years on August 3rd, 2013, as a stop on his “The Wall” tour.

According to music authorities, ''The Wall' album is considered to be the world's greatest rock band Pink Floyd's masterpiece. The album is readily accepted as one of the most important records in music history due to its influence on the masses from a social, political and individual perspective.

The album broke insurmountable records for Pink Floyd at the time, also winning the group 23 platinum records. Songs from ''The Wall'' remained on global billboard lists for months during the years surrounding the album's release.

Roger Waters will be performing that very same album from start to finish in a grandiose show at the Istanbul Technique University Ayazağa Campus.

Selected as the best tour of 2012, until now the show has played throughout the world including in 15 open-air stadiums in South America, in Chile, Brazil and Argentina and for 750,000 people. Tickets for Roger Waters' nine shows at the Buenos Aires River Plate Stadium sold out days in advance. The 42 performances in the second leg of the tour in the United States, Canada and Mexico, was also extremely successful. Waters has performed 192 concerts for his ''The Wall'' tour thus far, reaping in 380 million dollars in ticket sales and performing for a total 3.3 million people in 28 different countries.

The tour's Europe leg begins next July in Belgium. For this tour, Waters will be performing 25 concerts which will end in France in September. After his performance in Greece, on August 3rd, Waters will be playing for his fans in Istanbul.