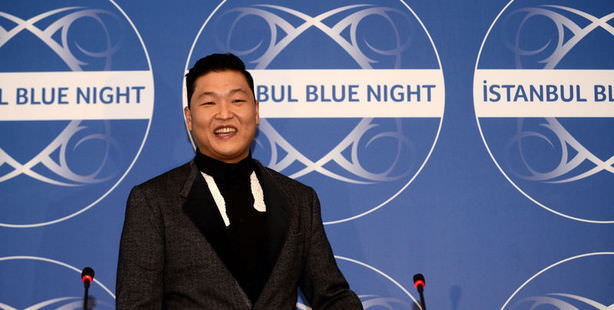 South Korean rapper Park Jae-Sang, aka PSY, whose song Gangnam Style has become an international phenomenon, arrived to Turkey on Wednesday to perform a concert for fans in Istanbul on Friday.

Park Jae-Sang flew in to Atatürk Airport on Wednesday on a Korean Airways passenger flight. After being greeted by fans at the airport, Jae-Sang moved on directly to his hotel.

PSY will be taking the stage in Tepebaşı Friday, February 22nd as part of the line-up of the Istanbul Blue Night Festival. During his stay in Turkey, Park Jae-Sang will also be a guest on the season finale of the popular television contest show "Yetenek Sizsiniz," the Turkish version of "America's Got Talent."

PSY's song "Gangnam Style" beat out Canadian singer Justin Bieber's video for "Baby" to become the most highly viewed video on Youtube. On December 21st, 2012 "Gangnam Style" became the first video to have over a billion hits on YouTube.