Dan Brown's new book based in Istanbul hits the shelves 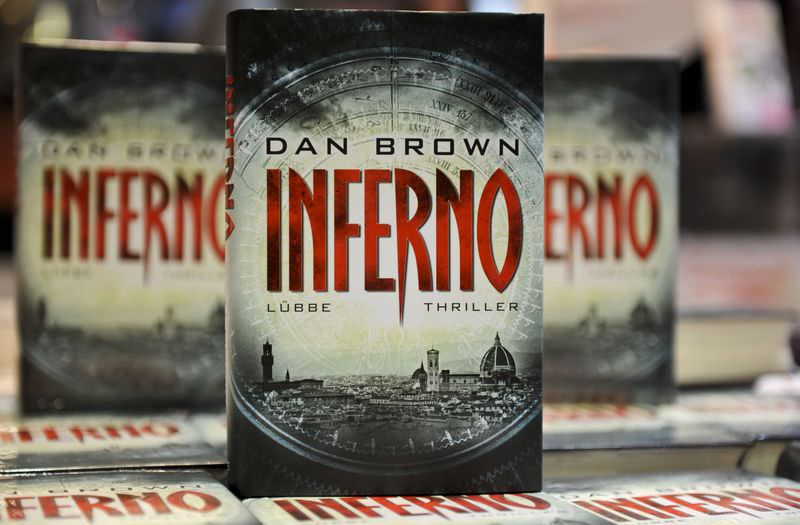 “Inferno”, the new book by Dan Brown, the author of the worldwide best-seller “The Da Vinci Code”, is now on the shelves in a simultaneous release in 12 different countries, including Turkey. The final section of the book takes place in Istanbul and is expected to result in a surge of tourists for Istanbul’s historic Hagia Sophia.

"Inferno" features the return of renowned Harvard symbologist and "Da Vinci Code" protagonist Robert Langdon, and is set in Italy and Turkey, centering on the literary masterpiece "Dante's Inferno." It will have a first printing of 4 million copies.

"Although I studied Dante's Inferno as a student, it wasn't until recently, while researching in Florence, that I came to appreciate the enduring influence of Dante's work on the modern world," Brown said on his website. "With this new novel, I am excited to take readers on a journey deep into this mysterious realm ... a landscape of codes, symbols, and more than a few secret passageways," he added.

Brown's religion-themed mystery novel "The Da Vinci Code," riddled with codes, keys, conspiracies and other puzzling symbols, was published in 2003 and was made into a hit film starring Tom Hanks. It spent more than a year atop the New York Times bestseller list. The book greatly influenced an influx of tourism to the historic sights the story was based in and the author's new highly anticipated release is anticipated to do the same for the Istanbul locations where the story unravels.

"Inferno" begins in Italy's Florence, then moves on to Sienna and ends in Istanbul, with approximately 100 pages devoted to ancient sites in Sultanahmet including Hagia Sophia, the Basilica Cistern, the Galata Tower and the Spice Bazaar.

Ever since the novel's release, Istanbul's appeal and draw to the writer has been mentioned regularly in the world press. "Inferno" picks three of the world's most strategically significant, antiquity-rich cities as its settings, and Langdon makes a splendid tour guide and art critic throughout," writes The New York Times.

A review in The Guardian points out that the novel is expected to increase tourism figures in Florence and Istanbul and writes that local authorities in Florence are expecting to see at least a ten percent rise as a result of the book's release.

HAGIA SOPHIA MAY ALSO SEE A RISE IN VISITORS

Hagia Sophia Museum Director Hayrullah Cengiz points out that after the release of "Da Vinci Code" the number of visitors to the Louvre Museum increased by ten million and says that they are therefore expecting the book to also result in a rise in visitors to Hagia Sophia.

Last year, Hagia Sophia had 3.250 million visitors, making it the highest visited museum in the country. Cengiz explains that they have experienced a 25 percent rise in the first five months of the year compared to the year prior and says that with the influence of this book, they may be looking at record numbers.