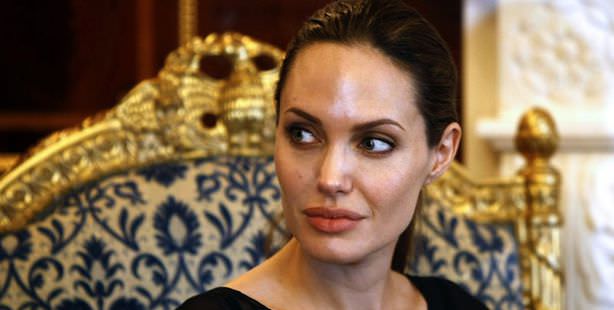 AK Party Malatya Deputy Ömer Faruk Öz has sent apricots to American film star Angelina Jolie, who recently had a preventative double mastectomy because she carries the BRCA1 gene, which significantly increases the risk she may get breast cancer.

Malatya Deputy Ömer Faruk Öz from the ruling Justice and Development Party (AK Party) has sent U.S. actress and director Angelina Jolie a delivery of apricots, which are a specialty of the Malatya region.
Commenting on the move on Tuesday, Öz stated, "I learned from the press that internationally acclaimed actress and goodwill ambassador to the United Nations High Commissioner for Refugees Angelina Jolie decided to undergo surgery because she was carrying the abnormal BRCA1 gene which signifies an increased risk of breast and ovarian cancer."

Öz went on to explain the medical benefits of the fruit, which predominantly hails from Malatya province and said that he has sent apricots to Angelina Jolie via the Turkish Consulate in Los Angeles.

"It has been clinically proven that consuming apricots significantly lowers the risks of a number of health problems including liver failure and heart attacks. A recent study conducted by İnönü University shows that apricots and their (unprocessed) seeds contain Amygdaline and Vitamin B17, which are known for being effective in preventing cancer. Amygdaline is widely used in the United States for its efficiency in preventing cancer. As is known, due to its ecological factors and color, taste, smell and fragrant characteristics, the most famous apricot varieties in the world are grown in Malatya.

I have sent our Malatya apricots to our Los Angeles Consulate General to be delivered to Jolie, who in recent years is known just as much for her relief efforts as her work in the entertainment industry, as a get well gesture. I also wanted to use this opportunity to point out the importance of consuming fresh fruits and vegetables in order to live a healthy life," said Öz.