An ‘Istanbul’ gathering at Cannes 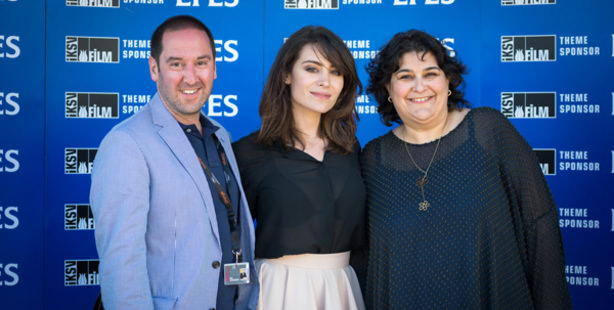 Over 400 guests attended a very special cocktail event entitled "Meetings on the Bridge", a series of meetings started at the Istanbul Film Festival which aims to bring together directors, producers and scriptwriters of films and film projects from Turkey with international film professionals .

We had the opportunity to speak with festival director Azize Tan, as she engaged with each of the guests. "The high turnout of the cocktail which was organized by the Istanbul Film Festival and Efes, is evidence of the high level of success obtained by Turkey's film industry in recent years. The Istanbul festival and the "Meetings on the Bridge" series shows just how strong the relationship is between Turkey and the international film industry," stated Tan.

Amongst the many attendees at the event was this year's Cannes Film Festival Short Film jury member director Semih Kaplanoğlu, winner of the Cinefondation l'Atelier for his new project Özcan Alper, winner of the best director award in Istanbul for "Lifelong" Aslı Özge and amongst the film's producers Nadir Öperli. Also on hand was last year's winner of the Golden Palm for his short film "Silent" Rezan Yeşilbaş, actress Belçim Bilgin Erdoğan, the director of "Saroyan Land" Lusin Dink, this year's winner of the Efes Award at the "Meetings on the Bridge" for "The Impeccables" producer Emine Yıldırım and film writer Atilla Dorsay in addition to a number of film critics from Turkey including Alin Taşçıyan and Nil Kural.

This is a translation of an article originally written by Esin Küçüktepepınar from Cannes.