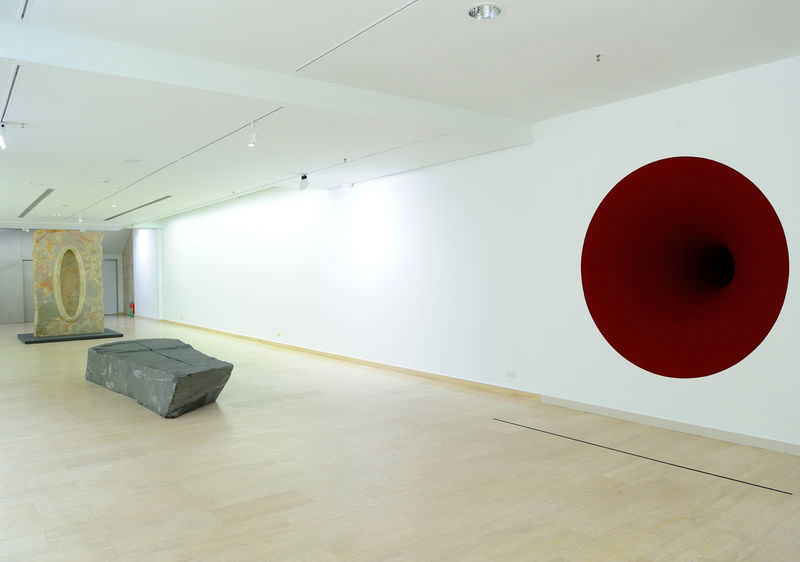 Describing his work, Kapoor says, "The first level of the process is exploration. The second level is turning this exploration into art.”

One of the most influential sculptors of his generation, Anish Kapoor, whose reputation in the iconic arts has become widespread in the international arena, is holding his first solo exhibition in Istanbul's Sakip Sabanci Museum.

The exhibition, which opened its doors yesterday, will run until January 5, 2014 and is being held in conjunction by Sakip Sabanci Museum and Akbank.

Celebrated international artist Kapoor, who draws attention for his sculptures and stone arts, commented on the process of his work, by stating, "The first level of the process is exploration. The second level is turning this exploration into art."

The exhibition, curated by Norman Rosenthal, will display Kapoor's abstract stone sculptures made primarily from marble and alabaster, most pieces of which have never-before been displayed.

Art lovers will be able to visit Kapoor's works at this very special exhibition that will have pieces on display in the Sakip Sabanci Museum halls as well as in the gardens.

Sir Anish Kapoor, born on March 12, 1954 in Mumbai, is an Indian-born British sculptor. Kapoor has lived and worked in London since the early 1970s when he first moved to England to study art. Kapoor first attended the Hornsey College of Art and later the Chelsea School of Art and Design. Kapoor was knighted in 2013 for his contribution to the visual arts.