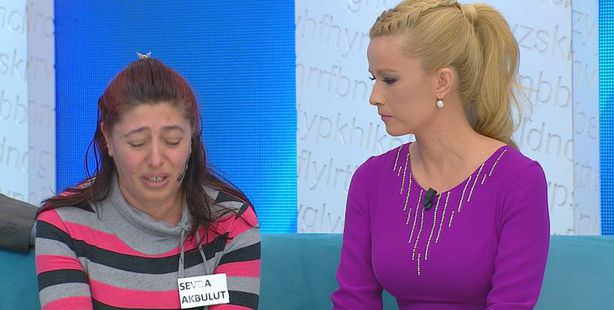 A 39-year-old Turkish woman revealed the identity of a murderer on a live morning television show broadcasted on Atv on Monday, leading to police apprehending the suspect who was also in the studio at the time.

The program "Müge Anlı ile Tatlı Sert", which is a morning television show broadcasted live on Atv had been covering the murder of a man named Medet Altun (28), whose body was found on January 30th on the Avcılar shore in Istanbul. The woman, identified as Sevda A. (39) told the presenter during a commercial break that she had a confession to make. The producers of the show then called in the police, who arrested the suspect Hasan G, on site as the program was being aired.

Sevda A. supposedly testified to police that Hasan G. had struck her boyfriend Medet Altun in the head three times with a stick and that after his murder they moved his body to a rocky area along the shore and then threw the stick into the sea. Suspect Hasan G. supposedly also confessed to having committed the crime of striking Medet in the head. Supposedly, Sevda A., who is married, was supposedly involved with both men whom she met on Facebook.

Both Sevda A. and Hasan G. were sent to court after providing their testimonies to the police.