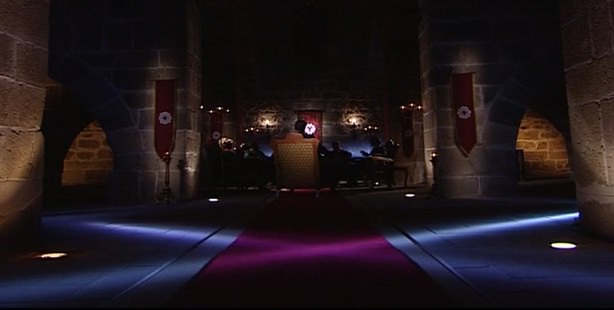 A TV series shown on Samanyolu TV, which is closely linked to Gulen movement, brings about questions of whether there is a contradiction between the scenario and Gulen’s teachings.

The TV series named as Sefkat Tepe that means "Compassion Hill" deals with many controversial issues like the Kurdish question, the Syrian war and the rift between the Gulen movement and the Turkish government. The scenario, allegedly read and approved by the US-based cleric, Fethullah Gulen, includes racist scenes according to TV analysts. It is considered as Gulen's attempt to be involved in Turkey's agenda and deliver his messages to his followers. Yet, the soap opera directly contradicts Gulen's preaching favoring unity and brotherhood among people regardless to race or religion and refusing to be part of politics.

Sefkat Tepe that started 4 years ago covers Turkey's daily political issues in a conspiratorial way. The struggle of Turkish colonel and his team against separatist Kurdish terrorists in Turkey's Southeast is narrated heroically. The colonel, who rests on spiritual and moral values, works to free his country from the terrorists. However, the colonel is unaware of what is going on behind closed doors. According to the picture drawn in the series, both the internal and foreign affairs in Turkey are conducted by a committee called as "dark council". The dark council debates and decides on vital issue like the Syrian policy or the corruption probe. The council is led by an invisible man who speaks Turkish with American accent. Every council member has a duty to deal with each political group like Kurdish separatists, AK Party government, extremists in Syria and Gulen movement. Seemingly every political actor except Gulen group works for the interests of the council, which aims to turn Turkey into a dependent country. Prominent politicians and journalists, who are referred in the series with changed names or surnames work for the council. But only Gulen movement supporters work for Turkey's interests. Thus every group including the government and prominent Kurdish actors are portrayed as traitors. In one episode, a council member says "Gulen's power is based on God rather than the public," in reference to the main democracy principle used by Prime Minister Erdogan frequently that is 'sovereignty belongs to people unconditionally'.

In October the Supreme Council of Radio and Television (RTUK) released a list of the TV series that have received the highest number of complaints. Sefkat Tepe was the third on the list. In November RTUK issued another list of the most-complained TV channels, in which Samanyolu TV was at the top. According to Hollywood-based cinema analyst Huseyin Basarici, who considers the TV series as political propaganda, there are two main bases for the complaints. Firstly, the hostility towards Kurds, many of whom are portrayed as terrorists in the series, is very disturbing for the public, especially considering the peace reached at the end of three-decade long conflict. Secondly, the hand of the "dark council" over Turkish politics, which includes anti-American scenes, were annoying for many Turks who value independence more than anything. He furthers points out that despite the fact that Gulen's stance during the flotilla crisis or the February 28 coup d'état are portrayed as USA's position. In the show, the US is described as the enemy, playing dirty games on Turkish politics. And Gulen resists the dirty games with his private education institutions, established in various parts the world.

After the debate that begun about the bill closing private preparatory education institutions, mostly belonging to Gulen's supporters, the American-styled leader of the dark council says the mission is about to be accomplished. In other words, the series claims that the Turkish government obeys orders from coming from someone or something that cannot be seen. Turkish people are angry about the claim that Turkey is not ruled by the democratically elected government, but by an invisible council led by an American. Moreover, Samanyolu TV has used the dark council meetings in news report.

On the one hand, Samanyolu TV favors Fethullah Gulen's statements, which calls for a universal brotherhood of three Abrahamic religions and preaches unlimited compassion and love for all. Still, Sefkat Tepe continues to portray Kurds and Americans as dangerous people working against Turkey's interests. Founded in 1993, Istanbul-based Samanyolu TV, first begun broadcasting in Central Asia and is known as one of the most powerful media organ of the Gulen movement.
Last Update: Jan 06, 2014 10:33 am
RELATED TOPICS