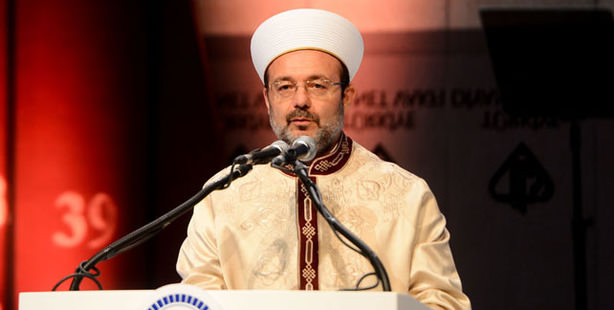 An electronic version of the Encyclopedia of Islam has been published by the Turkish Religious Foundation.

With a total of 44 volumes, the TDV Encyclopedia of Islam is a completely original publication with newly organized entries covering topics such as philosophy, history, culture and language. The encyclopedia also includes entries on music, calligraphy, historical movements, significant cultural institutions and other religions and people who influenced Islamic culture and civilization.

The final list of 15,226 entries draws on 500 primary sources from more than 2,000 Islamic and foreign scholars. The list increased to 16,855 when subsections were. The encyclopedia also touches on religion, politics, art and literature in the Islamic world, significant Muslim cities and countries, and Islamic communities.

Associate Professor Ahmet Özel, a member of TDV's administrative board and the vice chairman of the committee responsible for the encyclopedia, underlined that the encyclopedia is a credible source for academics and laymen alike, though particular focus was placed on academic standards during the compiling process.

Starting in 1988, publication of the first volume of the encyclopedia was completed in 12 months. The second and third volumes were published in nine and seven months, respectively. The publication process then gained momentum and each of the following volumes took six months to publish. The 44th and most recent volume was published in Dec. 2013.

Turkish Prime Minister Recep Tayyip Erdoğan attended the introduction ceremony, held at Haliç Convention Center. Deputy Prime Minister Emrullah İşler, Minister of Justice Bekir Bozdağ, Interior Minister Efkan Ala, and Head of the Turkish Religious Affairs Directorate Mehmet Görmez were also among the guests at the ceremony. Speaking at the ceremony, Görmez described the encyclopedia as a 'civilization project' that encourages scholars of Islam to improve their studies.