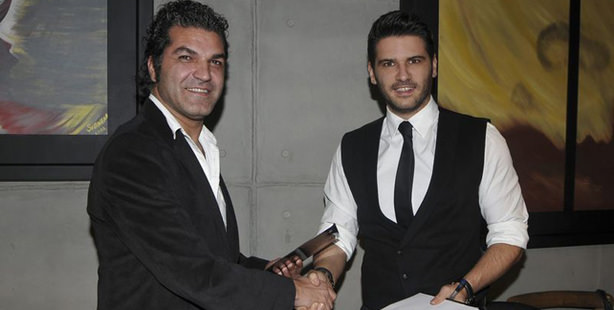 Turkish actor Tolga Sayışman will play the lead in Ali Reza Amani's new movie. Amani is one of the most prestigious directors in the Iranian cinema industry. Sayışman will star in the movie "SW-444", also produced by Amani. Production will take off next month and the Turkish actor will stay in Iran for one month for the duration of the shoot.

Amani was in Turkey for two days to meet and sign the contract with Sayışman. He said, "I've been following him for a long time, and I really wanted to work with him on this movie." Amani attended numerous festivals with his previous movies and said that he has similar plans for "SW-444".