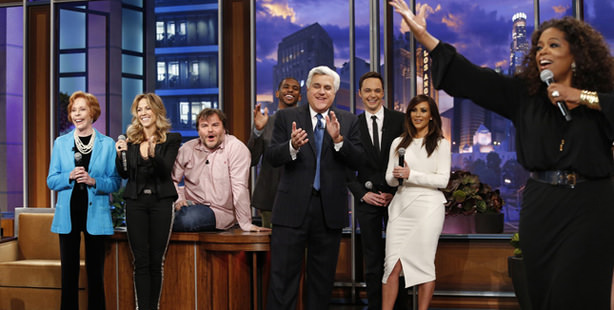 After 22 years on the throne of late night television, Jay Leno from NBC’s ‘The Tonight Show with Jay Leno’, has parted ways with NBC, despite leading primetime ratings.

After assuming the role from famous host Johnny Carson in 1992, Jay Leno was determined to keep "The Tonight Show" at the top. For over two decades, Leno entertained a wide audience and hosted some of the world's biggest celebrities.

When his last show aired on Feb. 6, an emotional Leno held back tears while addressing a surprised audience. He opened the show by poking fun at his now former employer NBC, saying, "You're very kind, I don't like goodbyes. NBC does." Despite holding top of television ratings, it seems Leno was forced into leaving his job.

Leno will be replaced by Jimmy Fallon, who hosts a less popular night show. With plans to draw a younger crowd, NBC was apparently concerned that other shows would surpass Leno's ratings.

Ending his long reign as king of late night television, one of America's greatest stars told his audience, "This has been the greatest 22 years of my life."