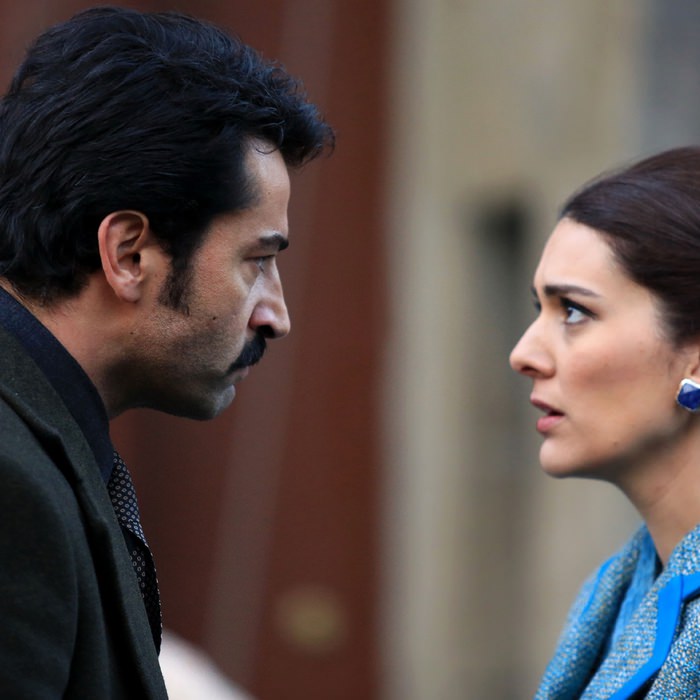 This year's DISCOP Istanbul industry gathering confirmed that Turkish TV dramas are reaching an even wider audience than before. Daily Sabah attended the gathering to get some behind-thescenes information on the region's TV and online industries

Istanbul - Launched in 2010, this year's annual three-day business-to-business (B2B) event was moved to a bigger venue due to the large number of companies looking to take part in the industry gathering - soon to become Eurasia's highest regarded television and online content industry gathering.

The event took place from Tuesday, March 4 to Thursday, March 6 and saw the number of participants increase by approximately 40 percent from last year.

When asked about the reason behind the immense popularity of Turkish TV dramas, Chief of Exhibitor Relations Rachel Jucaud said besides the appealing content, Turkey's geographic location and easy aviation accessibility was an attractive factor on its own.

Stating that the event's reach has extended mostly due to the popularity of Turkish dramas, Jucaud also noted they are expecting to soon become the most prominent gathering in Eurasia. ATV's Content Sales Manager, Ziyad Varol, stated that Turkey has replaced Latin America, which once dominated the soap opera and TV drama sectors. Varol highlighted some of the most successful moments in Turkish dramas, such as when Halit Ergenç, lead actor in "Muhteşem Yüzyıl" (Magnificent Century), and Bergüzel Korel, his life partner and on screen-flame in "Binbir Gece" (1001 Nights), were welcomed by thousands of screaming fans in Serbia back in 2011.

"The success of Turkish dramas has even triggered tourism. Travel agencies in various Middle Eastern countries arrange tours to famous shooting locations of Turkish dramas," Varol said Only Turkish drama series are exported, said Varol, adding that it was hard to make humor or other local content appealing to foreign audiences. When asked what the main criteria are for selecting which dramas to promote abroad, he said: "No local stories without a global theme." Varol further noted that "Sıla" (Coming Home) is still very much in demand and there has been increased interest in the drama from the Balkans. Although "Sıla" fever is over in Turkey, it continues in Macedonia, even resulting in a law suit between two Macedonian TV channels to secure broadcasting rights for the series.

The case has been forwarded to the Macedonian Agency for Audio and Audio-Visual Media Services and the Ministry of Internal Affairs. Both Jucaud and Varol stated that more companies from non-regional countries, like Canada, participated in this year's event, and it was also the first time that Balkan countries showed interest in Turkish productions. Apparently, France is beginning take an interest in Turkish drama series too. Although not a major success in Turkey, ATV's recent drama, "Son" (The End), has attracted various production companies interested in acquiring format rights. The drama was sold to Sweden and already aired, while Germany and France purchased the format rights and shooting is about to start. The U.S. is another country that purchased the format rights to the series.

Speaking to Anadolu Agency (AA), the event's CEO, Patrick Jucaud Zuchowiski, noted that Istanbul has been a great choice of location and they are not planning to move the B2B gathering to another location in the near future. "With Turkish Airlines offering flights to almost anywhere in the world and with participants from almost 15 neighboring countries, we are very pleased with the turnout," said Zuchowiski. He further noted that this year marked the first time companies from Libya, Iraq, China and France attended the event.

Designed to facilitate content development, production and distribution opportunities across and within the Middle East, West and Central Asia, Gulf countries and North Africa, the event focuses strictly on business deals and aims to deliver high-level connections and fast growth opportunities.

With the recent success of new dramas such as "Kurt Seyit ve Şura" (Kurt Seyid and Shura) being sold to Greek TV, and ATV's new drama "Kara Para Aşk" (Dirty Money Love) starring Tuba Büyüküstün and Engin Akyürek being sold in the Middle East before it was even aired, DISCOP and Turkish drama series look set to continue thriving.