The Oscar goes to men! 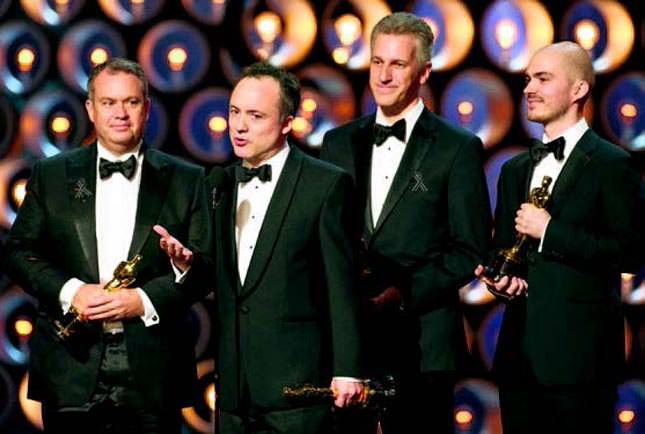 Hollywood and the media that closely follows it essentially remain a men's world, with just a handful of women getting the attention they deserve

The Women's Media Center (WMC), an organization based in the United States which aims to raise "the visibility, viability and decision- making power of women in media," has released its annual report on women in the media. The report was compiled using data from scholars, private entities and media organizations, in addition to interviews with women in media. Yet, the results revealed the same worrying conclusion that the saying "it's a men's world" still rings true. Although the report contains data only from the U.S., it would be difficult to argue that things are much different in Turkey, let alone anywhere else in the world.

While WMC's report revealed some good news, like women becoming more proactive in sports news coverage, it still lacks any findings that will give much hope for gender-equality and protection of women's right on this International Women's Day.

Angelina Jolie was the only woman to rank among the top 10 highest paid film stars, making $33 million a year, roughly equaling the same amount as the two lowest paid male stars in Hollywood. Robert Downey Jr. topped the list as the "highest paid actor." The 48-year-old actor makes about $75 million each year.

The New York Film Academy's report, "Gender Inequality in Film" also demonstrated that along with earning more, age also remains to be a dominant factor in actress' monetary success. The report stated that the highest paid male actors are above 40 years old but found that the opposite was true for women. Only Jennifer Aniston, Sandra Bullock and Julia Roberts, who were on the list of "highest paid actresses," are over 40 years old. In terms of news media, the United States' three most prestigious newspapers were included in WMC's research and it was found that male opinion writers outnumbered women by 4-to-1. Women were not even given an equal chance to express their views on films as male film critiques dominated 82 percent of all film reviews. Women are not offered the chance to get behind the camera as much their male counterparts according to report, with only 16 percent of all directors, executive producers, writers, editors, producers and cinematographers of 250 top-grossing movies in 2013 being female. "Celluloid Ceiling," a report compiled by San Diego State University, further revealed that the behind-the-scenes female workforce lost ground with figures dropping down.

For example, women only made up 6 percent of all directors on 2013's top 250 films, a 3 percent decline from 2012, while the number of female executive producers also fell by 2 percent.

The report also revealed that there has been a decline in women's speaking roles, with figures dipping down in 2012 when compared to 2007. Now females only snag 28.4 percent of roles with speaking parts. Although slightly better, women only snared 43 percent of speaking roles and parts in prime-time TV and those who did tended to be much younger than their male acting counterparts.
Thankfully, the figure went up from 41 percent, giving hope that more chances might be offered to women in TV productions.

The report also noted that while most CEOs at news organizations are men, women working in the magazine industry are better represented at board meetings. On average, females comprised 15.3 percent of the boards of directors of U.S.'s top-10 national news organizations. However, the figures varied between firms with the Walt Disney Co. having a 40 percent female executivestaff while Australian Rupert Murdoch's News Corp., owner of media outlets such as The Wall Street Journal and Fox News and Entertainment, only
had 13 percent women in the board room.