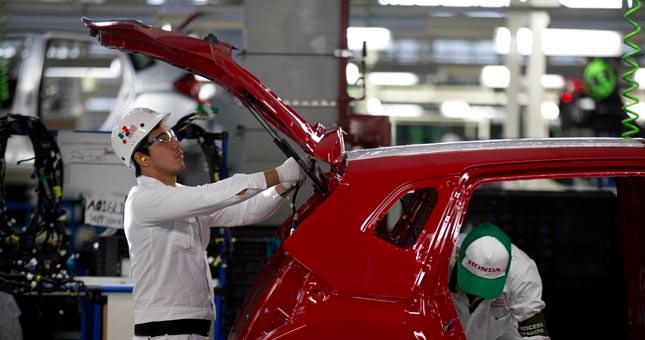 In Fatsa, Turkey, half the town can speak Japanese. In Celaya, Mexico, a central road is named Mexico- Japan Avenue. Here's a look at two towns separated by oceans, yet with a similar fascination for Japanese culture

Many people in Fatsa, a town in the province of Ordu in the central Black Sea region of Turkey, can speak Japanese and appreciate Japanese culture. There are over 7,000 Turkish nationals in Japan and more than half of them are from Fatsa. If you randomly ask somebody on the street in Fatsa, it is likely they either went to Japan for some time in the past or their relatives are still working in Japan.

People living in the town say Hayri Atılgan - also known as the "conqueror of Japan" - was the first person to convince Turks to migrate to the Far East. In 1988, a friend of Atılgan offered him a job in Japan, which he accepted. Atılgan's presence in Japan was the driving force behind the migration movement from Fatsa to Japan, particularly to the city of Toyota located in Aichi Prefecture. Atılgan helped over 500 people to migrate to Japan.

Since 1988, the number of immigrants has increased gradually and today it is claimed that nearly 4,000 people from Fatsa live and work in Japan. There is also a documentary titled "Sayonara [Goodbye] Fatsa" focusing on the stories of Turkish immigrants in Japan. Moreover, many people returned to Fatsa after long-years of working there. It is common to see many people speak Japanese in Fatsa today. Even those who have never been to Japan can speak a few words.

Mariko Erdoğan, a Japanese language teacher at Boğaziçi University says that it should not be a surprise to see Japanese culture integrated into lifestyles of people living in Fatsa. Erdoğan said that the Japanese language and Japanese culture are promoted through cultural and educational activities throughout Turkey. For example, the Japanese Cultural Week is held at Boğaziçi University annually and is attended by both Turkish and Japanese students.

Similar events are also held at Ankara University, Erciyes University and Çanakkale University. Furthermore, Japanese-speaking Turkish students from different universities compete against each other in the annual Japanese Speech Contest held in Istanbul.
The number of students who learn Japanese is increasing day by day and only a few weeks ago, Turkey and Japan agreed to establish a science and technology university based in Istanbul.

Celaya, an industrial city in the heart of Mexico, now faces the same fate as Fatsa. In a Japanese language class the teacher addresses her students as "Felipe-san" or "Christiansan."

Across town, a hotel installed a special satellite dish on its rooftop to capture a Japanese TV channel while receptionists greet visitors by saying "konnichiwa" (hello). A central road is named Mexico-Japan Avenue, and at the city's entrance a giant billboard reads, "Celaya is a good choice. Welcome Honda." The sign might as well have been: Welcome, Japan.

Celaya and other cities in Mexico's Guanajuato state are greeting with open arms the arrival of Japanese car makers Honda and Mazda, dozens of parts suppliers and legions of expats. "It is changing the face of Celaya,"

Fernando Vera Noble, director of the city's economic development department, said in his office in a glass tower building, on the same floor as a Honda subsidiary.

Guanajuato is becoming a major hub for the growing number of foreign car makers that are flocking to Mexico for its relatively low wages, proximity to the massive U.S. market and free trade deals with numerous nations.

With some 1,500 Japanese citizens now living in Guanajuato and the state government expecting another 5,000 by 2016, many here are trying to learn the ways of their visitors.

The services and tourism industry are adapting and growing, with 22 hotels under construction, Japanese restaurants opening and plans to build a school for Japanese children. The 126- room Casa Inn Hotel in Celaya has become the second home of visiting Honda executives. The hotel's 99 employees have taken Japanese lessons, the restaurant's menu is in Japanese with dishes like Udon noodle soup and guests can watch Japan's NHK broadcaster. "The whole city is in great communion with the Japanese," said Casa Inn rooms manager Federico Mendoza Schuster. "We know that their presence is important and beneficial to our city."