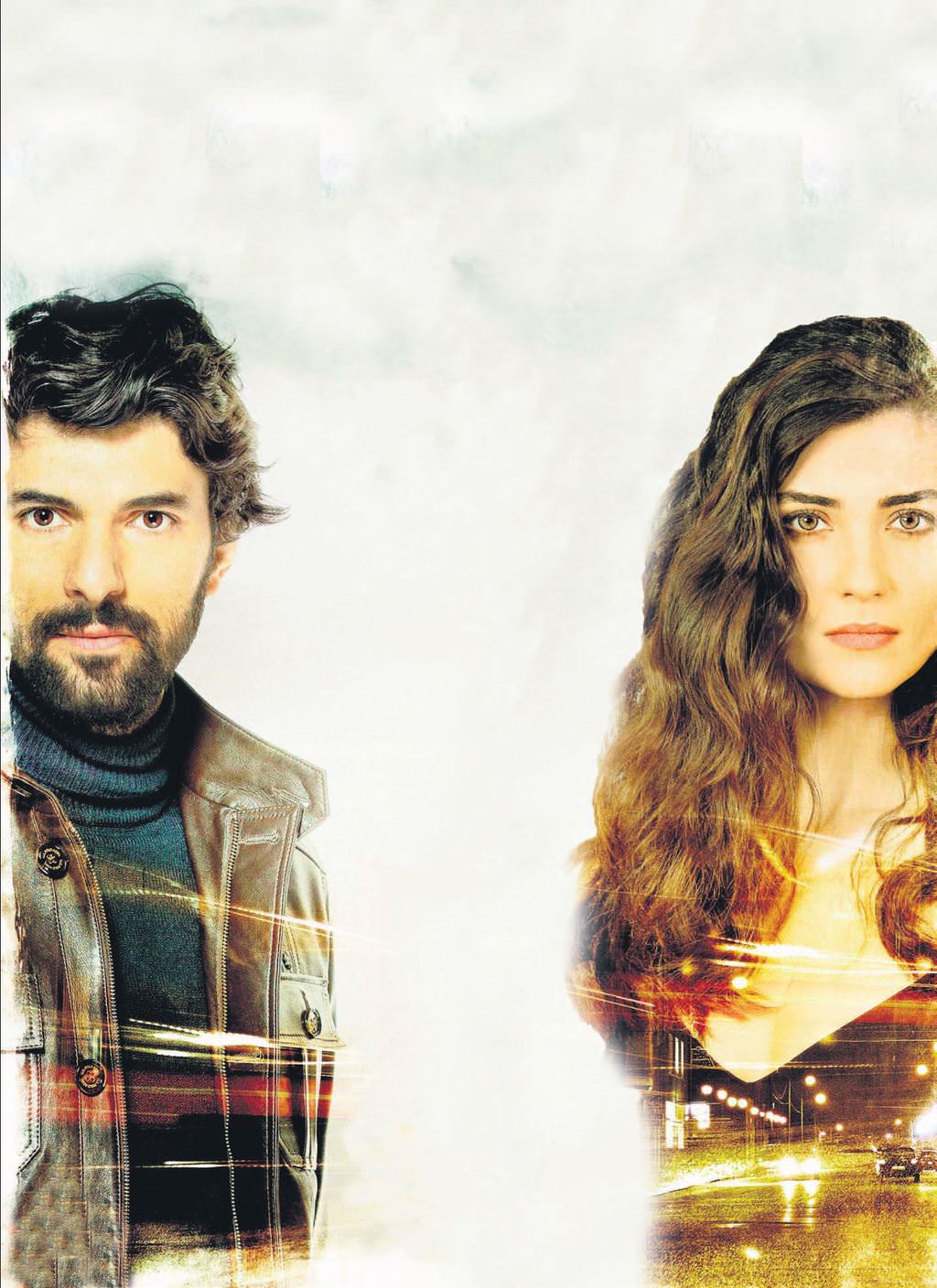 Drawing on the motto, "You can trust anyone until their first lie. The person you have lied to may become your only truth," "Kara Para Aşk," is a modern epic produced by Ay Yapım.

The drama follows the story of Elif and Ömer, two strangers who suffer similar losses and end up sharing the same fate. The script for the drama was written by Sema Ergenekon and Eylem Canpolat, while Ahmet Katıksız sits in the director's seat. The shooting took place in the province of Van, located in the easternmost point of Turkey, Istanbul and Rome. The drama also stars other strong Turkish actors such as Nebahat Çehre, Erkan Can and Aytaç Arman. Akyürek is the chief of the organized crime unit in Van.

Büyüküstün is a designer who is the daughter of a wealthy family living abroad. But these two very distant lives intersect when Ömer loses his beloved fiancé in a murder, while on the same night, Elif also experiences the pain of loss and death.

On that night which Elif loses her loving, caring, perfect role model father also discovers that he was indeed a sleazy, moneylaundering mafia boss.

After a tense meeting with Ömer, they go on their separate ways, yet with every clue their paths cross. Ömer is determined to find his fiancée's murderer and clear her name and Elif, with every step she takes, finds more and more dirt on her father. As the story entwines, some will be blinded by money, some will become a slave to love and some slaves to their own ambitions while others will be destroyed by their own secrets.

Telling a love story that will not surrender to money, it looks like "Kara Para Aşk" may become the hit series of this season, although Wednesday night competition is tough with "Muhteşem Yüzyıl" (The Magnificent Century) airing on the same night. If you missed Wednesday's episode, here's a quick look at the main characters to slowly ease you into this drama.

Chief police officer, youngest son of a family that migrated from Hatay to the vast metropolitan city of Istanbul. His father was killed by one of his creditors while Ömer was just nine, which changes his whole life. Losing his father because of money and since the murderer can never be caught, he decides to become a cop. Loved and appreciated for what he does, Ömer, leads a normal, peaceful life with Sibel, his teacher fiancé, until events change his life forever.

A successful jewelry designer, Elif lives in Rome, Italy and is in love with what she does. She is the sensible, levelheaded, devoted, middle sister of the family.

The only one she has problems with in her family is her older sister Aslı and she has a special father-daughter bond with her dad, Ahmet.
Instead of using the wealth of her family to her advantage, she tries to make a name for herself and builds her own brand. However, the hardworking, familyoriented Elif has never tasted love in her life and is very much in need of it.