Photos of Turkey hit the streets of Los Angeles 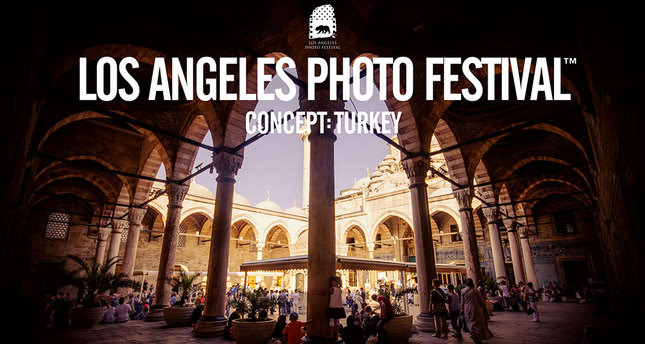 ISTANBUL – The city of angels is not only famous for its Hollywood sign, Beverly Hills or surfer dudes. The most populous city in the state of California also has a very happening art scene, turning it into one of the artistic hubs of the world. The Los Angeles Photo Festival is just one of the events connecting photographers within this magnificent city to the rest of the photographers around the world. This year LA hosted the one-day-only, first annual event: "The Los Angeles Photo Festival (LAPF) Concept Turkey." The exhibition opened at the Downtown LA Art Walk with a special jurist exhibition by Nick Ut, who photographed the iconic "Napalm Girl" about 40 years ago during the Vietnam War.

The event aimed to promote cultural understanding through global interconnectedness and photography, and the "Concept Project" began its first year with Turkey, "since it acted as a migration pathway to many civilizations and is a crossroad where many ancient and historical meetings have taken place; where the East meets the West, the ancient and the modern," said Roberto Ysais, an Associated Press member and Pulitzer Prize winning photographer.

The exhibition also marked the first time a Turkish Republic Street Photography Exhibition has ever been held in Los Angeles. The festival created a lot of buzz and chatter within the photography community. Works belonging to more than 100 photographers were displayed during the exhibition, and with more than 100,000 visitors, it provided the opportunity to Turkish photographers to make their names heard.
The photos were chosen by a team of critics from photographs submitted by Turkish artists in the competition that started in November last year. The team of critics included Associated Press member and Pulitzer Prize winning photographer Ut, as well as Ysais, Vern Evans, and Mert Türkoğlu, a Turkish photographer currently residing in Los Angeles. "The LAPF is an exciting and timely visual opportunity for not only a cultural exchange but for a much needed global understanding of who we truly are as a species," said Ysais on the significance of the exhibition.

The projects help gain an understanding of cultures and promote tourism between cultures.

Further, artist and communities from different regions are brought together, proving the universality of art and also helping promote diverse cultures. This important cultural documentation project investigates regional traditions and social issues, and each capture is presented to create and share stories.

Mert Türkoğlu, who was in the jury was born in Bremen, Germany, at the end of the 1980s and moved to Turkey. He started photographing on the street with a black and white camera while in İzmir in the 1990s to capture the moment and tell the stories of the streets. In recent years, he has been mainly focusing on commercial photo shoots of famous brands in the U.S. His work has been exhibited in Los Angeles, Istanbul, New York, Berlin and Vienna. Türkoğlu is interested in the field of art for the unification of cultures. He currently resides in Los Angeles, California. The list of winners can be found at http:// losangelesphotofestival. org/lapf14-conceptturkey- winnerlist/