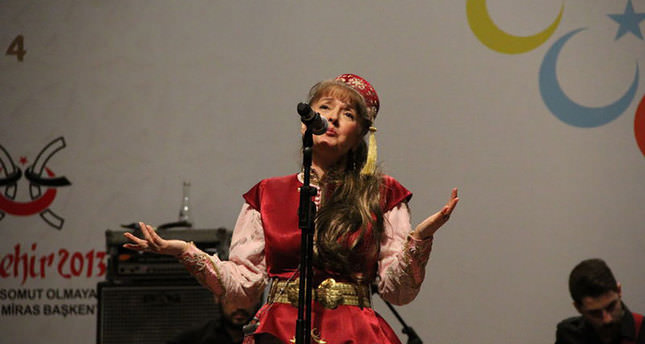 by daily sabah Mar 19, 2014 12:00 am
ISTANBUL – "Ten thousand hand in hand" was attended by 5,000 students from the Turkic World at Istanbul's Haliç Congress Center, where leading figures from around the globe addressed attendees. Turkey's Minister of National Education Nabi Avcı, Ph.D., this past weekend thanked students for participating in the "Cultural Capital of the Turkic World 2013," an event which brought Turkic students from across the world to Istanbul. "Today, I want to address you not as guests from various countries of the world, but as siblings of the youth in Turkey and children of us who share the same values, faith and culture," said Avcı. "We completed the first stage of the "Ten Thousand Brothers Hand in Hand" project in Eskişehir on March 10. We brought together thousands of secondary school students who were sent abroad on Turkic World culture trips organized by the Turkish World Youth Congress. These mutual trips offer a significant opportunity for the youth to have a better understanding of our culture," said the Minister.

Güngör Azim Tuna, governor of Eskişehir and chairman of the agency said, "Today, we are enthusiastic about bringing together 10,000 students hand in hand and heart to heart who are excited to be a part of and to work for the Turkic World."