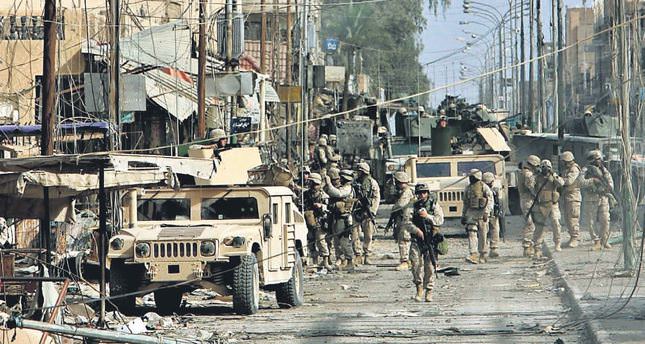 As recent as the 1970s, Baghdad was lauded as a model city in the Arab world. But now, after decades of seemingly endless conflict, it is the world's worst city, according to the Mercer consulting group

The Iraqi capital was lumped with Bangui in the conflict-hit Central African Republic and the Haitian capital Port-au-Prince, the latest confirmation of the 1,250-year-old city's fall from grace as a global intellectual, economic and political center.

Residents of Baghdad are forced to deal with near-daily attacks, shortages of electricity and clean water, poor sewerage and drainage systems, rampant corruption, regular gridlock, high unemployment and a myriad other problems. "We live in a military barracks," complained Hamid al-Daraji, a paper salesman, referring to the ubiquitous checkpoints, concrete blast walls and security forces peppered throughout the city. "The rich and the poor share the same suffering," the 48-year-old continued. "The rich might be subjected at any moment to an explosion, a kidnapping, or a killing, just like the poor. Our lives are ones where we face death at any moment."It was not always so for the Iraqi capital.

Construction of the city on the Tigris River first began in 762 during the rule of Abbasid caliph Abu Jaafar al-Mansour and it played a pivotal role in Arab and Islamic society since. In the 20th century, Baghdad was held up as a gleaming example of a modern Arab city with some of the region's best universities and museums, a highly-educated elite, a vibrant cultural scene and top-notch healthcare.
Officials still note how their counterparts from the region would point to Baghdad's international airport as a model. Oil cartel Organization of the Petroleum Exporting Countries (OPEC) was founded in the Iraqi capital.

And it was home to a diverse population of Muslims, Christians, Jews and others. "Baghdad represented the economic center of the Abbasid state," noted Issam al-Faili, a professor of political history at the city's Mustansiriyah University, an institution that traces its own history back nearly 800 years. "It was used as a base for taking control of neighboring areas in order to strengthen Islamic influence. It used to be a capital of the world," Faili said, "but today, it has become one of the world's most miserable cities."In February alone, 57 violent incidents struck the Iraqi capital, including 31 car bombs.

As recently as March 5, a dozen shootings and bombings across the city killed 20 people. The very next day, four more bombings left 11 dead.Security forces typically respond with heavy-handed tactics reliant on setting up new checkpoints to add to the plethora already scattered around Baghdad and restricting movement as much as possible.

Massive concrete walls, designed to withstand the impact of explosions, still divide up confessionallymixed neighborhoods, while the government sits in the heavily-fortified Green Zone, which is also home to parliament and the U.S. and British Embassies, access to which is difficult for ordinary Iraqis.

Some are working to clean up the city and beautify it, but even they acknowledge they face an uphill task. "I am actually hurt that Baghdad ranked among the worst cities in the world," said Amir al-Chalabi, head of the Humanitarian Construction Organization, a nongovernmental organization that runs civic campaigns aimed at improving the city's services. "Successive governments have not worked to develop Baghdad,. It has become deserted, and it suffers from instability. At night, it turns into a ghost town because of the lack
of lighting," he said.