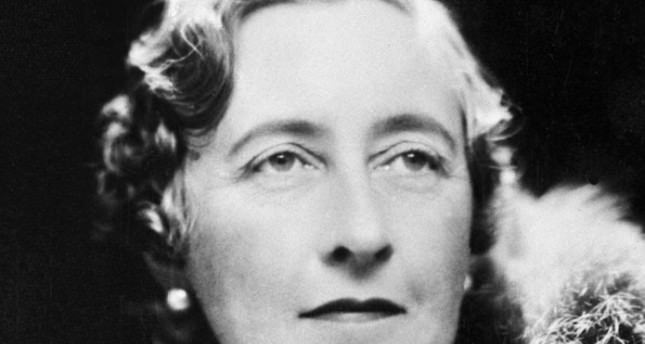 by Kaya Genç Mar 29, 2014 12:00 am
ISTANBUL — I have recently become obsessed with stories about criminals and petty crimes. When I come across them in newspapers I carefully inspect their details and try to figure out aspects not yet discovered by the reporter or the police. Those stories remind me of Agatha Christie and make me wonder whether Hercule Poirot or Miss Marple would be the right detective for the case. As readers of Christie's novels will know, Poirot and Marple represent two distinct approaches to solving crimes.

The Belgian detective is an eccentric figure famous for his egg-shaped head and stiff moustache, among other things. His charisma brings to mind the figure of Sherlock Holmes, although Poirot's"psychological method" is quite different from the techniques employed by the iconic detective. Miss Marple's character couldn't be more different from theirs. She is a spinster from St. Mary Mead, a small English town. She has her own silent way of solving crimes. It would be impossible not to notice Poirot in a crime scene; it would be equally impossible to notice Marple. She looks like an ordinary member of the household but the reader is aware that she is an amateur detective with a brilliant mind.

In her autobiography, Christie wrote about the difference between her two characters. She speculated that they wouldn't be good friends had they known each other. "Hercule Poirot, the complete egoist, would not like being taught his business by an elderly spinster lady," she wrote. Between the egoist and the spinster I prefer the latter because she didn't have the same advantages as Poriot. The Belgian detective made a name for himself in the public sphere, whereas Marple is a very private figure. Marple doesn't have the professional credentials to convince us that she is good at what she does. She has no living relatives, nor does she have any children. Her blue eyes are perhaps her most famous physical feature.

In "They Do It With Mirrors," recently published in Turkish, Christie sends Marple to a Victorian mansion in Stonygates. In the introductory chapter, Marple talks to her old friend Ruth Van Rydock who voices her concerns about her sister Carrie Louise whom she fears is in danger. In the third chapter, Christie vividly describes Marple's journey to the village: "Miss Marple got out of the train at Market Kindle station. A kindly fellow passenger handed out her suitcase after her, and Miss Marple, clutching a string bag, a faded leather handbag and some miscellaneous wraps, uttered appreciative twitters of thanks." There Marple is greeted by a young boy named Edgar Lawson who plays a crucial role in the murder case. Edgar is a Shakespearian figure with a wounded past. Marple realizes that he is psychologically disturbed; therefore it is not surprising to watch him attack Louise's husband with a revolver later in the book.

Christie's Poirot books are narrated by Arthur Hastings, a companion of the Belgian detective, while the narrator in this Marple tale is omniscient. This allows us to follow Marple's actions more closely. We can better penetrate her mind and see things from her perspective. This is another reason why I prefer Marple over Poirot. Hastings's intrusions, his feelings and love affairs with women often get in the way of comprehending what really takes place in the crime scene. Marple's sagely perspective, on the other hand, is devoid of any sign of individuality. From the moment Marple meets members of the household she starts taking mental notes of their oddities. Solving crimes is an activity akin to solving a crossword puzzle and she can even do it after hours in the comfort of her bed. "In her bedroom that night Miss Marple tried to review the pattern of Stonygates, but it was as yet too confused," Christie writes. "There were currents and crosscurrents here, but whether they could account for Ruth Van Rydock's uneasiness it was impossible to tell." "They Do It With Mirrors" is a perfect example of Christie's genius as a crime novelist. It is a great and comforting read, especially during those tumultuous days. "Zarif Bir Cinayet Gecesi," Agatha Christie, translated by Çiğdem Öztekin, Altın Kitaplar, 231 pp., TL 15.
Last Update: Apr 04, 2014 5:18 pm
RELATED TOPICS