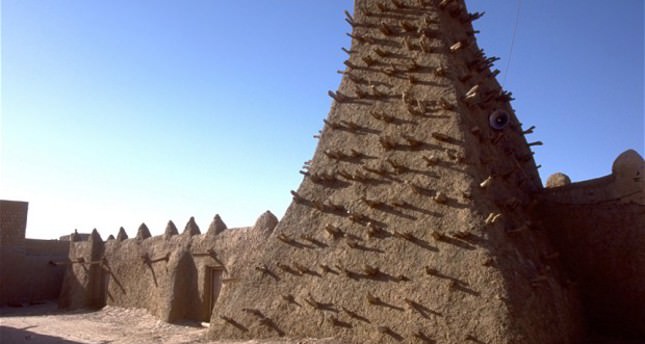 Turkey is set to help in efforts to rebuild renowned Islamic heritage sites in Timbuktu destroyed by armed groups, said a UNESCO representative

AMAKO — Turkey is to support the rebuilding of an Islamic heritage site in Timbuktu which was destroyed by armed groups in 2012, the United Nation's cultural agency's (UNESCO) representative in Mali, Lazare Eloundou, said on last week. "Turkey along with UNESCO is ready to work to rebuild mausoleums, tombs and mosques which UNESCO started on March 14, at an estimated cost of $11 million," Eloundou said.

Eloundou emphasized that Timbuktu was an economic and intellectual center for Muslims during the 15th and 16th centuries in Africa. According to UNESCO, 14 historic mausoleums were heavily destroyed and at least 4,200 manuscripts were burnt during the clashes between government forces and rebels in 2012.