'Fashion is temporary, ysl is forever' 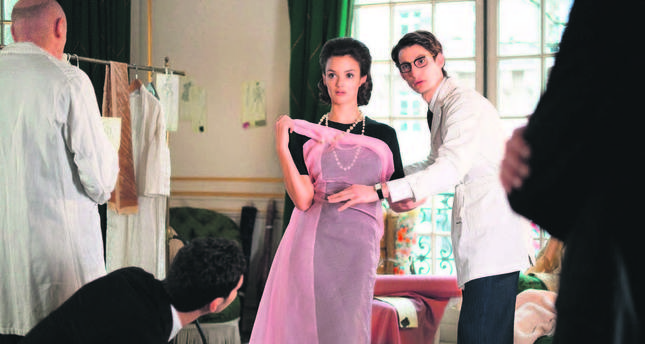 As a creative, passionate and courageous person, Yves Saint Laurent was more than just a fashion designer. Now, the life of the fashion genius was brought to the big screen in the film "Yves Saint Laurent"

Now a film, "Yves Saint Laurent" (YSL), focuses on the life story of his fashion genius starting from when the highly gifted 21-year-old designer was the right-hand man of fashion guru Christian Dior. Saint Laurent took over Dior's place when he suddenly died and then Saint Laurent's popularity began to spread with his first collection. He then became a rising star of the fashion world. During one of his fashion shows, Saint Laurent met with French industrialist Pierre Bergé.

As the time went on, their friendship turned into an affection which entirely changed Saint Laurent's life. After refusing to comply with mandatory military service, he received psychological treatment and after he had recovered, Saint Laurent learned that he lost his job at Dior. After this, he decided to create his own brand, YSL.

As you may know, biographical films are always problematic. Generally, the family or friends of the person in question refuse to accept the validity of the film or will argue there are key omissions.

By contrast, "YSL" reveals Laurent's private and business life on an equal basis. You may see the clichés of biographical films in "YSL."
Laurent's first designs were not understood by his peers but managed to shatter the rules of the fashion world. He achieved the success he deserved.

Other cliché scenes include the social exclusion of Saint Laurent because he is homosexual, the problematic relationship with his mother and becoming a party boy following his success.

It is worth watching this film because Saint Laurent was a revolutionary designer who recreated the woman's identity, whether it be by presenting a female model in a men's suit during one of his fashion shows or producing readto- wear clothing. Laurent included ethical clothing and accessories in his collections and integrated art and fashion with his "Mondrian collection" in the 1970s. Laurent said of himself, "I would like draw models and create freely."

His delicate world, the storms breaking out in his soul and his psychology focused on creativity come across as entirely realistic. On top of that the film's visual images are excellent.

When it comes to film performers, I can say that Pierre Niney did not only act, but experienced Laurent's life in his body. You may feel as if you were watching the real Yves Saint.

His performance is stunning. Do not be surprised if you come across his name or Guillaume Gallianne, who plays Pierre Bergeacute, in film award nominations.
Last Update: Apr 12, 2014 2:43 am
RELATED TOPICS