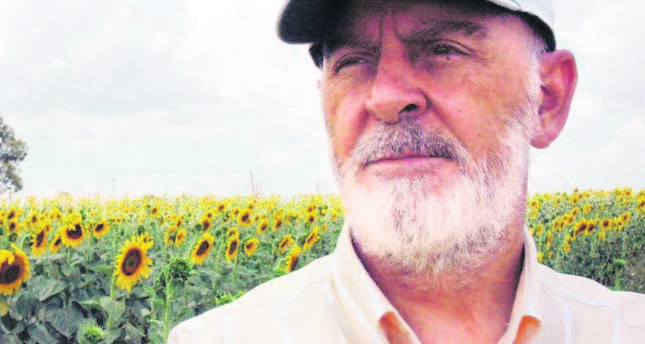 One of the most prominent short story writers of Turkey, Mustafa Kutlu is a multitalented man with many articles published in various newspapers and magazines along with being a columnist, scriptwriter and talk show host. He generally tells stories from his homeland, stories of the Turkish people to Turkish people, but in his unique, intriguing style

Most critics used to believe that the Turkish modern short story tradition had two main branches. One being individualism, as represented by Sait Faik (1906-1954), and the other collectivism, as represented by Sabahattin Ali (1907-1948). Once I heard Tomris Uyar (1941-2003), one of the pioneers of the female short story writers' tradition in Turkish, saying that Sait Faik wrote some collectivist stories, while Sabahattin Ali's stories had an individualistic aspect. Yet, Uyar's opinion does not change the majority vote for the standard.

I suggest that the above-mentioned standard rises from the perception of modernity in Turkey. Turkish modernists like to visualize everything through dualistic eyeglasses.

According to their belief, everything should have two clashing poles in order to be accepted as modern. Modernity is essentially a state of conflict, and this general principle works in all fields from politics to arts. So, short story writers, too, should make their choice: They should write their stories according to either an individualistic or collectivist point of view.

A young writer between two poles Mustafa Kutlu has omitted some of his initial works from publication. These include two volumes of short stories and two volumes of criticism on two standard storywriters.

Kutlu's rejected storybooks are "Ortadaki Adam" (The Man in the Middle) and "Gönül İşi" (An Affair of Love). His once published and abandoned critical books are meaningfully about Sait Faik and Sabahattin Ali. "Ortadaki Adam" is a collection of individualistic stories, which carry some heavy effects from Sait Faik's style. "Gönül İşi," on the other hand, can be seen following in the footsteps of collectivist writer Sabahattin Ali.

Kutlu first examined Sait Faik and published a book on his work in 1968. After that he published his first volume of short stories, "Ortadaki Adam," in 1970. He examined Sabahattin Ali's work in 1972, while his second collection of short stories, "Gönül İşi," came in 1974. In other words, he schooled himself with the works of the two standard short story writers. He walked to the end of both poles before he began his real career in short story writing.

This is a unique situation for the Turkish modern short story tradition. Short story writers generally do not like criticism and examination of their work. They choose a path that has been walked time after time before. They write their first stories just like their masters did. Some go after Turkish masters, such as Sait Faik and Sabahattin Ali, while others chase the styles of their foreign mentors like Anton Checkov and La Rochefoucauld.

Only Kutlu has fulfilled the duty of producing and examining both styles of Turkish short story writing at the same time.

Kutlu told me once that he would like to tell unique stories of individuals, but the collective movement of which he was a part forced him to write collectivist and social-based stories. I think he managed to tell many individual stories within the collectivist framework. To me, as early as 1979, Kutlu invented a third way of telling a story.

His third (but now first in the current list) volume of short stories, "Yokuşa Akan Sular," (Waters on Slopes) consists of separate stories that can be read as a whole, too. The whole gives an overall point of view about social life, while we find many individual incidents about single persons. This is a major invention concerning the point of view in the short story. "Yokuşa Akan Sular" is a great achievement in style besides the subject matter of the stories in the book. After much practice in the individualistic and collectivist ways of telling a story, Kutlu found new subject matter: social change in Turkey. He was now not only a master of his own style, a third style that synthesizes the conflicting styles of Sait Faik and Sabahattin Ali that is also an attentive witness to social change in his country.

Stories in "Yokuşa Akan Sular" tell us of the hard facts in the lives of the working class, members of which encounter too many problems. They are poor but strong, hopeful and pure in the beginning, but begin to adapt to the rhythm of the big city. They change as they are forced to do so. But each of them also takes a different path.

I suppose that Kutlu's main motive in writing this book was to tell the tragic destiny of Cevher Bican, a very young worker who came to Istanbul to earn a living. Cevher Bican is also an allegory of the weak against the hoarding powers of modernization. His first name "Cevher" means "jewel" or "precious," while his surname "Bican" means "dead" or "martyr." Cevher Bican is one of the martyrs of modernization, but he is no hero like the character Tom Joad in John Steinbeck's "The Grapes of Wrath."

Kutlu has written more than 20 volumes of stories, 15 of which are novellas or single long stories written during the last 15 years, one per year. The first of these 15 long stories is "Uzun Hikaye" (The Long Story), an ironic name designed by the writer on purpose. These are popular books. Kutlu's long stories have sold more than 100,000 copies.

However, Kutlu's masterpieces are not among these individual long stories. His five books, all written in the same hybrid style of individualism within a collectivist framework, which were published between 1979 and 1990, should be seen as being at the top of Kutlu's art as a story writer.

Critics call these five books "the Quintet" since they share many things when compared to other books by Kutlu. All consist of separate stories of people that come together in the end. All five can be read as stories of the transformation of certain characters. All were written using poetic language.

All five are a combination of outer realism with psychological insights. And all use many modern short story techniques besides the personal inventions of Kutlu. And finally, all are somehow tragic. "Yokuşa Akan Sular" is about the impossibility of keeping the "jewels" of country life in industrialized urban cities. "Yoksulluk İçimizde" tells about the difficulty of sacrificing one's social position and relations for one's beliefs. "Ya Tahammül Ya Sefer" is a saga of idealism, while "Bu Böyledir" presents us with the dilemma of a family man. The final book of the quintet, "Sır," gives us both the transformation of a poor and traditional dervish into a rich and fat urban religious leader and the pressure of political pragmatism and modernization over religious groups in Turkey.

Kutlu abandoned writing bitter stories concerning huge social transformation of the periphery in Turkey, and he chose to tell long stories of colorful individuals with a new style including more humor than ever. Nevertheless, Kutlu is Kutlu and he cannot avoid pouring his vast observations about the current social setting in Turkey into his new type of long individualistic stories.
Last Update: Apr 12, 2014 2:48 am
RELATED TOPICS