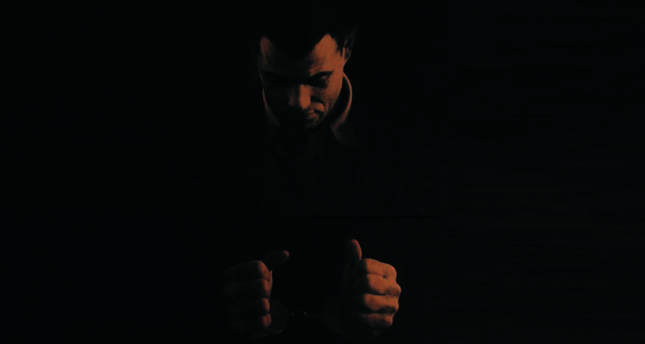 The author of the book Midnight Express, Billy Hayes, criticized the way Turkey was portrayed in the controversial Oliver Stone film and said he is trying to repair the damage he caused with his oneman- play

ISTANBUL — Released in 1978, the book "Midnight Express" caused quite the stir when it first came out, being labeled derogatory and xenophobic to Turks. Now Hayes tells his version of the real story in a magnetic performance in his one-man show, which captivated audiences at the Edinburgh Fringe Festival last year and also on Broadway and in London earlier this year. The protagonist and author gave an interview to a Haber in the U.K.'s capital, London, where he recently finished a series of performances of his show, focusing on his time in prison along with how the movie omitted much of his ordeal to the point of creating historical revisionism.

In 1970, at the age of 23, Hayes was arrested for carr ying two kilograms of hashish to America from Turkey. Directed by Alan Parker, the film tells the stor y of a young American student sent to a Turkish prison in the 1970s. Convicted and imprisoned for the possession of illegal drugs, Hayes was sentenced to prison for almost four years. He escaped from İmrali Prison in 1975 and wrote "Midnight Express" which depicted his prison years.

Hayes, who has now become a director himself, says that he is annoyed with the "Turkish image" depicted in the film adapted from his book and criticized the film because it does not properly reflect the story and has many fabricated scenes. " The scriptwriter, Oliver Stone, wanted to make a film about the Vietnam War; however, the Hollywood producers did not lean towards his idea. Stone was in a difficult situation and wanted to adapt my book into cinema. We worked with him for weeks, but in the end what came out does not reflect the character in the book. For example, the leading character in the film kills the prison warden. But in reality, no, I did not kill the warden," says Hayes.

Further, Hayes noted that he never delivered the anti-Turkish speech in court that was placed at the center of the film and was deeply criticized by Turkish citizen at that time for slandering and stereotyping Turks in a degrading manner. Further, the movie ignores the fact that Hayes was transferred to an island prison and that he escaped from the island to Greece. Hayes further stated that after he granted the rights to his stor y to the movie studio, he didn't have any power over the original story, and in the interview he further offered his apologies to Turkey for this failure. "When I sold my story to the film studio, they took over control. I expressed my discomfort after the film was released with lots of errors and fabricated scenes. I could not do anything because the die was already cast," said Hayes.

As a final remark, Hayes touched on the changes in Turkey. He stated that Turkey has turned into an industrial and economic power in the last 10 years.

He also noted that Prime Minister Recep Tayyip Erdoğan has brought Turkey to an advanced level and that he was surprised to see how rapidly Turkey has developed in the last decade.

The critics have praised his show and especially his sincerity about his past -- the drug experience, the physical torture and his desperate journey to Greece, along with his respect and affection for Turkish culture. Hayes' memoir, which describes the five years he spent in a Turkish prison, was adapted into a script in 1978 by the Oscar-winning Oliver Stone. The film, nominated for six Oscars won two, one of which went to Stone for Best Writing.