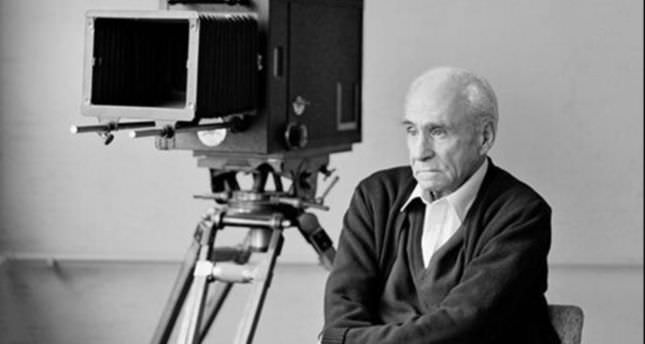 Legendary director Akad's films were more than just simple stories but a documentary about the life and times in Turkey. His career, between 1949 to 1990, featured many of the most renowned artistic achievements of Turkish cinema. Dominating Turkish cinema for decades, Akad left a rich archive from which later Turkish directors could develop their own brands

ISTANBUL — Ömer Lütfi Akad lived a very long life. He was born in 1916 and died in 2011. His long life was compared to that of a plane tree. People used to call him "the plane tree of Turkish cinema." Akad continued to make films from 1949 to 1990.

Turkish cinema is said to have two major periods. Before 1950, theater directors and actors ruled Turkish cinema. Especially Muhsin Ertuğrul, who was the manager of the Istanbul City Theater, led the filmmaking business for three decades. Ertuğrul used too many theatrical bits in his films.

The actors were from the theater, so they acted as if they were performing on stage rather than in front of a camera. The scenes were also theatrical. And the camera did not move very much. In short, Ertuğrul's films make you feel as though you are watching a drama on stage rather than a movie.

Akad began his career in the last years of the theatrical cinema period. He filmed some epic love tales, such as "Tahir ile Zühre" (Tahir and Zühre) and "Arzu ile Kamber" (Arzu and Kamber). These are among the vast repertory of classical love tales in Turkish literature. The theme of these two films is the clash between the love of young, idealist people and social limits. In later years, social disputes would become a common theme in the films of Akad.

Akad's first film was a hit. He filmed a popular novel by Halide Edip, "Vurun Kahpeye" (Kill the Whore). This is the story of a young female schoolteacher struggling against the superstitions of religious men in a Turkish village. Filming this in 1949, at the end of the Single Party period, brought early fame to the director. "Vurun Kahpeye" was a nationalist, revolutionary film against bad traditions. In this film, like many of his later films, Akad supported young modern women against traditional men, who have established an oppressive social context to maintain their interests.

Throughout the 1950s and 1960s Akad made three types of films. One type included films with social and national themes. "Vurun Kahpeye" (Kill the Whore, 1949), "Hudutların Kanunu" (Law of the Borders, 1966) and "Kızılırmak-Karakoyun" (1967) are the most popular examples. In this type of film, Akad behaves like a populist auteur to a certain extent. He always supports ordinary people, women, minorities, et cetera.

The second type of Akad film was love stories. Akad is not an ordinary director of romantic dramas. He likes to put the theme of impossible love in the center of a social dispute. In his films, lovers cannot unite because of social conventions and obligations.

In other words, Akad films suggest that the love of the young battles the oppressive traditions of the old. Akad films of that sort sometimes include artistic details, generally music. "Tahir ile Zühre" and "Vesikalı Yarim" (Loving the Bitch) are also melodramas.

Many superb love songs are in Akad melodramas. In particular, "Vesikalı Yarim" can also be watched as a documentary of the music halls of the 1960s. Akad always uses excellent rare instrumental music and songs in his films. He is a lover of Turkish art music.

From theatrical tradition to directors' cinema

The third type of Akad film is the thriller.

These, too, are not ordinary thrillers.

An Akad thriller also has a deep and realistic social context. "Kanun Namına" (In the Name of Law, 1952) is the most popular of his thrillers. This film featured Ayhan Işık, one of the most famous male leading actors of Turkish cinema. Işık also represents the death of the theatrical tradition in Turkish cinema since he was not a dramatic actor.

Akad once said: "In that film I see that I created a movie actor from a man who was not a professional theater player. This opened my consciousness about the filmmaking business. And this proves that I had become a cinema director myself." Akad continued making thrillers in later years, too, with Işık and many other actors with no theater background.

Making two to three films every year in the 1950s, Akad now was the king of the Turkish film industry, and he was searching to go beyond what he had done before. In 1962, Akad made "Üç Tekerli Bisiklet" (The Tricycle), which was again a thriller. But this time thriller themes do not rule the film; instead, they are just a means to convey the social drama to the popular audience. "The Tricycle" is an allegory of a peculiar "family."

The man or "father" (Işık again) is an outlaw who hides in the house of a woman (Sezer Sezin), whose husband had moved to a big city to work but never came back. The woman's little son thinks that the man is his father, and the three begin a rather strange "family" life. Yet, the reality is that the police that chase the outlaw make it impossible for the "tricycle" to move. Every cycle of the tricycle matches one of the three characters, and it cannot move if one is broken. In other words, urban migration in Turkey broke families. Akad's film is two-fold: It tells two stories or a story within a story. It's the story of an outlaw and a broken family - a woman and her son without a husband and father - and also the story of economic migration in the 1950s and 1960s.

After "Üç Tekerli Bisiklet," Akad filmed a documentary, "Tanrı'nın Bağışı Orman" (Forest, the Gift of God), which shows the infertility of Turkish agriculture. In the 1960s, many directors were making social and revolutionary films. Although Akad was included among revolutionary or socialist directors, I think this was not the full story. While Akad never ignored the Turkish people, and he always tried to find a way to bring their problems to the public agenda through the silver screen, he never used an ideological scheme to tell the people's story.

He was more populist than socialist. He did not close his mind to the traditional and modern ways of telling a story in film. He was new and stayed new until the end of his career.

Akad's best films came at the end of his long career as a director. The "Gelin-Düğün-Diyet" (Bride-Wedding-Blood Money) trilogy is not only the peak of Akad films, but it should also be seen as his legacy. These three films feature many aspects of urbanization in Turkey before the 1980s. All three films are based upon stories of struggling migrant families in Istanbul. They also praise female characters, all three of which were portrayed by Hülya Koçyiğit, who generally plays pure, puritan young females. In the Akad trilogy, economic realities destroy individual needs and feelings, villagers with pure feelings change in the urban context, family ties are at risk, and newcomers to the big city do not tend to organize as a class, but rather try to promote their own small groups, which are generally their own families.

In his trilogy, Akad's pace and momentum as a director-auteur is excellent. He never brings unnecessary details to the full story, and he sticks to the central problem in every detail. The "Gelin-Düğün-Diyet" trilogy is not only Akad's masterpiece, but I think it is also a triumph for the Turkish national film industry and world cinema.