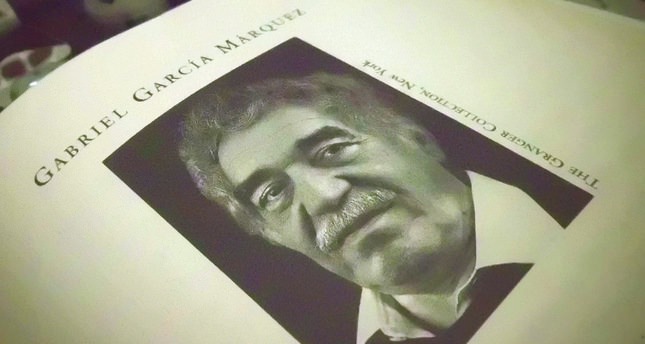 by Kaya Genç Apr 26, 2014 12:00 am
ISTANBUL — Gabriel Garcia Marquez, who died last week at the age of 87, was not my favorite Latin American writer. In college I purchased his novels from bookshops in Taksim and carried them to our apartment in Ulus. There were so many of them! I remember not being impressed by the descriptions on their back covers that made them seem too epic and allegorical for my taste. I read history books to learn about stories of nations, and I read novels to delve into the depths of individuals. Marquez's books seemed to offer the former more than the latter.

But when I finally read them they enthralled me.

For prospective writers like me who wanted to learn the secrets of the trade, Marquez was not a good teacher. He was too unique. He sat on a high mountain where it was difficult to approach, let alone imitate him. You can't write like Faulkner, or Marquez or Yaşar Kemal, even if you try. I was perhaps a bit intimidated by the power of Marquez's imagination. For many Turkish literary critics who wrote during the 1960s, the novel was an art form that was destined to be more realistic because of the laws of historical determinism.

The novel was an educational tool intellectuals could use to enlighten the masses; books made readers aware of how unaware they had been of important things in life. Since Europe was the center of all good things, it was natural that the continent led the effort to write more scientifically accurate and materialistic novels. Readers were cured from their wrong consciousness, thanks to scientific and materialistic tools the books offered to them. So imagine the surprise these critics must have felt when "One Hundred Years of Solitude" was published at the end of the 1960s with its weird surreal world making fun of ideas like science, progress, enlightenment, realism and the very notion of reality.

No, Marquez told the Western world, as conquerors and plunderers of oppressed nations you had defined science, enlightenment, realism and reality in ways that best suited your interests. "Many years later, as he faced the firing squad, Colonel Aureliano Buendia was to remember that distant afternoon when his father took him to discover ice" is the first sentence of "One Hundred Years of Solitude." As we read this sentence we enter the world of Macondo, a little village of 20 houses, and learn about how a family of gypsies set up their tents there every year. Melquiades carries with him a magnet, and Marquez uses this seemingly insignificant tool to introduce us to his brave new world: "He went from house to house dragging two metal ingots and everybody was amazed to see pots, pans, tongs and braziers tumble down from their places and beams creak from the desperation of nails and screws trying to emerge, and even objects that had been lost for a long time appeared from where they had been searched for most and went dragging along in turbulent confusion behind Melquiades' magical irons."

It is a sentence to die for, in my humble opinion.

In the eyes of modern European writers, myths, rumors and religious beliefs may look like irrational remnants of a dark past; Marquez, on the other hand, sees those as the very things on which Latin American people build their sense of reality. "The Story of a Shipwrecked Sailor" is one of the most interesting non-fiction books ever written. It is about a seaman who struggles to survive in the Caribbean for more than 10 days. It is a touching story lovingly told by a master journalist. Marquez could play the roles of journalist and novelist in the same day; he was good at multitasking as a writer.

According to Chekhov, the writer's duty is to see the world through the eyes of the characters that experience that world. The writer should neither look down upon them nor glorify them. Her duty is to put herself in her character's shoes. And this is what Marquez did best. He was a socialist clever enough to know that people's sense of reality came partly from myths and that was something he had to explore.

Marquez had that great ability to imagine the dreams of characters that come from very different backgrounds. In books like "One Hundred Years of Solitude" and "The Story of a Shipwrecked Sailor" he offered us a magical reality, the likes of which the world had never seen before.
RELATED TOPICS