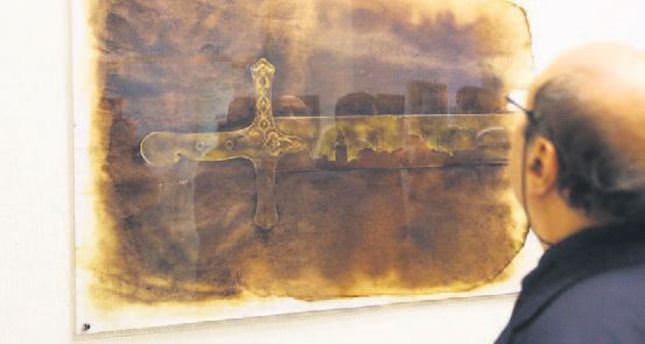 by AA May 09, 2014 12:00 am
ROME — The Turkish Embassy to the Vatican is hosting an exhibition titled "The Art of Miniature and Ornamentation in the 21st Century" at the Center of Culture and Tourism in Rome. Representing three different generations, the miniature and ornamentation works of four Turkish artists were introduced to Italians. Speaking during the opening ceremony, professor Kenan Gürsoy, Turkey's ambassador to the Vatican, extended his thanks for the great interest in the exhibition.

Artist Arzu Tozlu spoke of the need to promote Turkish miniature and ornamentation in Italy. "The exhibition works of İnci Ayan Birol are regarded as historical heritage.

Her work dates back to the 1960s," said Tozlu. While Tozlu's work belongs to the second generation, students Hilal Arpacıoğlu and Onur Hastürk are third generation artists. The promotion of Turkish miniature and ornamentation in Italy is rather important. "We are making every effort to represent Turkish miniature art successfully.

The exhibition is devoted to showing our respect and love to Birol," Tozlu added.

The miniature of Cem Sultan, the son of Ottoman Emperor Mehmet the Conquer, was the most attractive piece. He was transferred to Rome and lived his last years under the custody of Pope Innocent VIII. The exhibition is open to visitors until May 26.