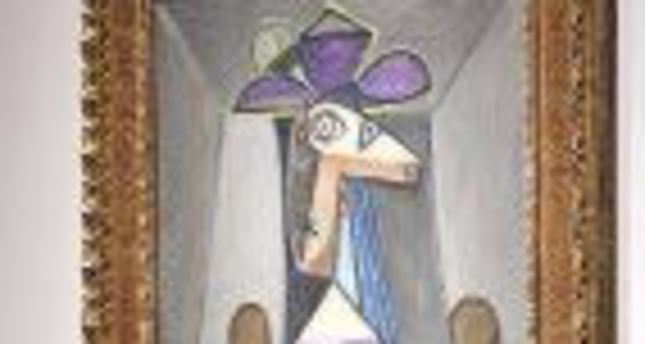 by Associated Press May 09, 2014 12:00 am
LOS ANGELES — It was the second straight night a painting by the Cubist master changed hands for a big price. Picasso's 1942 painting of his mistress in a purple dress titled "Portrait of Dora Maar" sold Tuesday for $22.5 million at Christie's.

Henri Matisse's "Morning Session," a 1924 oil of the artist's assistant, Henriette Darricarrere, sold for $19.2 million on Wednesday.
Claude Monet's "Japanese Bridge" went for $15.8 million while his "On the Cliff at Pourville" netted $8.2 million.

Sotheby's also has three works by Joan Miro that languished in a New York vault for 50 years. The Spanish artist created them for the filmmaker and photographer Thomas Bouchard and his daughter Diane. "Untitled, 1947," depicting colorful anthropomorphic forms on a rich blue background, sold for $8 million. The other two Miro works are set to go under the hammer at Sotheby's day sale Thursday. The prices included the buyer's premium. The spring auction season in New York shifted to Sotheby's after an auction Tuesday at Christie's, which featured works from the estates of heiress Huguette Clark, businessman Edgar Bronfman and other collectors.

That sale raised more than $285 million, including $27 million for a Claude Monet painting that has not been publicly exhibited since 1926. Next week, both auction houses are offering works by postwar and contemporary artists.