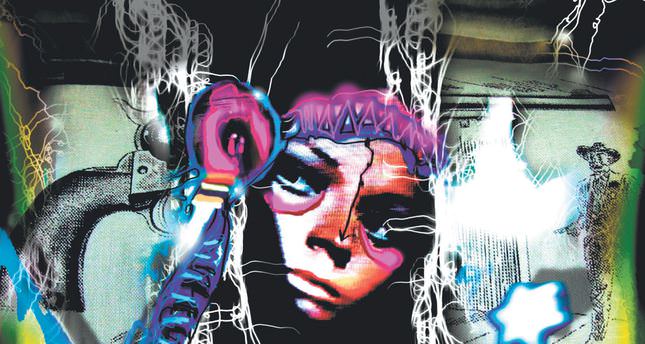 by Özlem Sakin Jun 23, 2014 12:00 am
Borusan Contemporary is welcoming an exhibition that showcases multiple works from San Francisco Museum of Modern Art's (SFMOMA) media arts collection, one of the most pre-eminent collections of media arts in the world The exhibition named "West Coast Visions" is curated by Rudolf Frieling, the Curator of Media Arts at SFMOMA and can be visited until Nov. 16 at Borusan Contemporary, located at one of the most beautiful spots along the Bosporus. It marks a rare occasion since this is the first time some of the most important works in SFMOMA's media arts collections are on view outside of San Francisco.

Borusan Contemporary was specifically selected for its unique location and commitment to artists who experiment with what state-of-the-art technologies have to offer. The exhibition showcases works of artists who are either currently living in California or have linked their works to the West. The five works chosen focus on what unites both cities; their relationship to the waterfront, thus creating an imaginary link between Istanbul and San Francisco.

While some of the artists are early pioneers including Bill Viola, some like Jeremy Blake come from a younger generation that grew up with digital technologies.

We discussed how the idea sparked and how the exhibition came to life with the curator, Rudolf Frieling.

Daily Sabah: What kind of research did you conduct on Turkey and the Turkish art scene before curating the exhibition?

Rudolf Frieling: The Istanbul biennial has obviously helped raise the global awareness of what this city has to offer to the public and to contemporary artists. Istanbul specifically is being looked upon as one of the most exciting cities in the world right now. This has made me curious to go and see for myself. I will have to come back to learn more about the Turkish art scene outside Istanbul, but from what I have read and experienced in person, one can feel the enormous potential of a city in transition and expansion, with all the tensions and conflicts but also with an energy to open up new spaces.

DS: For you, what links both cities, San Francisco and Istanbul?

RF: Like many clichés, this one has some truth: Both cities are built around the water which has shaped their identities in many ways, both also feature a historic geography of economic and cultural crossroads with the Bay Area being the start-up in history since the mid-19th century if you wish.

DS: How did the project start and did you visit Istanbul during the process?

RF: If I hadn't seen the beautiful location of the Haunted House in the summer of 2013, I don't think I would have been able to envisage an exhibition here.

The experience of the Bosporus in direct proximity to the gallery space of Borusan Contemporary sparked the idea to gather works that would speak to this idea of passage and geography.

DS: Is there a universal theme linking the works you selected, besides being products of West Coast artists?

RF: As I said before, the range of artistic and historic voices addressing landscape, ambiance, and passageways forms the backbone of the exhibition.

While all five works foreground an experiential approach, they all address in either more subtle or direct ways the passage of time and memory of a place. There are very personal, poetic, but also critical aspects embedded in the selected four videos and one audio.

DS: What do you think/know about the contemporary art scene in Istanbul? Are there any artists you are familiar with?

RF: Apart from the various editions of the Biennial, I'm aware of the contemporary art institutions, for example SALT and Istanbul Modern, but I will need to spend much more time here to see works and meet people.

DS: Will there be any future collaboration with Turkish artists or art institutions and SFMOMA?

RF: Well, I'm not a prophet but I wished we could do an even more substantial and expanded exchange. I'm sure SFMOMA would be delighted to have an opportunity to collaborate on a significant exhibition here in Turkey that would reach a much broader public.So with a bit of Californian optimism, let me conclude by saying "Sure!"
RELATED TOPICS