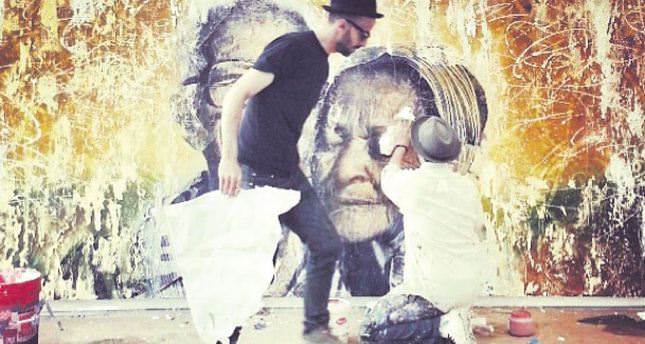 Istanbul, the city where East meets West, hosted an annual high-profile international arts and culture festival, Istancool, took place for the fourth time between June 13 and June 15 at the Vakko Fashion Center and the Pera Museum. Sponsored by Turkey's Tourism and Culture Ministry, the free event offered the opportunity to attend open panels, workshops, exhibitions and film screenings.

Istancool brought together leading names of literature, music, fashion, the arts and film. The festival was introduced with theme "Intercultural Dialogues in Arts and Culture." We discussed the contributions of this important event with the event's organizer Demet Müftüoğlu Eşeli, a prominent figure in the Turkish art and fashion scene and also the founder of Istanbul'74.

Sinan Özedincik: What are the contributions of Istancool to Turkey?

A special project will be carried out under the curatorship of Istanbul'74. JR and Jose Parla have a significant number of fans in Turkey. They will reflect the unique dynamics of Istanbul similar to their previous project entitled "Wrinkles of the City" [a collaborative film]. There were also a number of other cultural and artistic workshops throughout the event.

SÖ: We heard that you have received an offer from abroad. Is this true?

DE: Yes, Spain is planning to organize a similar event. Another international culture agency called us asking to organize the festival together in Brazil. I rejected their offer since we could not manage this. I believe we are going to export festivals soon.

SÖ: Can you summarize the triangle of culture-art-economy in Turkey?

DE: We have not been able to reach the level of cultural festivals held in London, Paris or New York. Indeed, we have reached a marked level, but they are still ahead of us. Some things are going very well, though. For example, Turkey's Ministry of Culture and Tourism has greatly supported us from the very beginning. When we first started, none of the private companies could understand the importance of this festival, but I assume the public did.

What did the event bring to Turkey?

Up until now, the festival has reached 95 million people in the international area. Istanbul has been promoted through a global advertisement campaign that equals $1.25 million (TL 2.65 million) in total.

More than 250 people active in the international culture and art world have attended the festival since 2010.

Italian photographer Mario Sorrenti had a photo shoot called "Young Turks" for W Magazine in 2012 with a special focus on Istanbul. The promotion cost roughly $80,000.

World-famous fashion photographer Mario Testino had a photo shoot with the famous model Kate Moss in Istanbul. The photo shoot was published in 12 pages in Vogue Magazine in the U.S. and it was a $1.9 million campaign.

Famous fashion photographer Tim Walker made a negotiation for a photo shoot in Cappadocia with W Magazine.

Oliver Stone is coming to Turkey in 2015

SÖ: What is Istancool's surprise for the coming year?

DE: Oliver stone is coming next year. We were expecting him this year, but he could not manage. We are looking forward to welcome him to Turkey. I assume he is also excited.
Last Update: Jul 21, 2014 6:46 pm
RELATED TOPICS