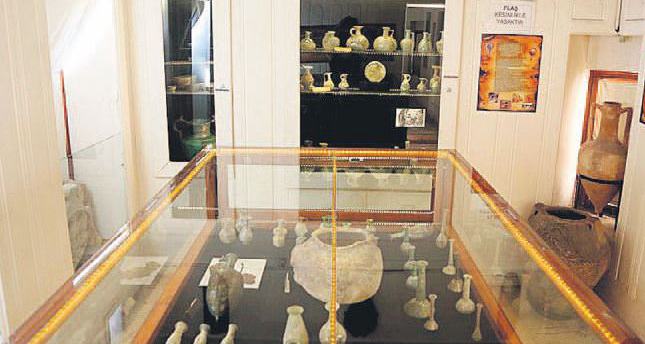 by AA Sep 03, 2014 12:00 am
The number of private museums that belong to natural and legal entities in Turkey exceeds the number of state museums.According to the information obtained from the General Directorate of Cultural Heritage and Museums officials by Anadolu Agency (AA) reporter, there are 192 museums within Turkey's Ministry of Culture and Tourism as opposed to 193 private museums. As of the year 2000, Turkey had 89 private museums. However, this number reached 108 in 2007.

The "Cultural Investments and Initiative Promotion Law" that entered into force in 2004 encourages local and foreign legal entities to cater to the cultural needs of individuals and society as well as produce art and cultural values. Within this scope, the ministry incites legal entities to build, remodel and manage places where artistic events take place along with collecting, documenting, archiving, publishing, training, promoting and conducting research on cultural values and abstract cultural heritage. Hence, these legal entities get discounts on taxes, insurance premiums and energy expenses. Some of the private museums in Turkey are
listed as follows: