Archeology exhibition sheds light on the ancient city-state of Alalakh 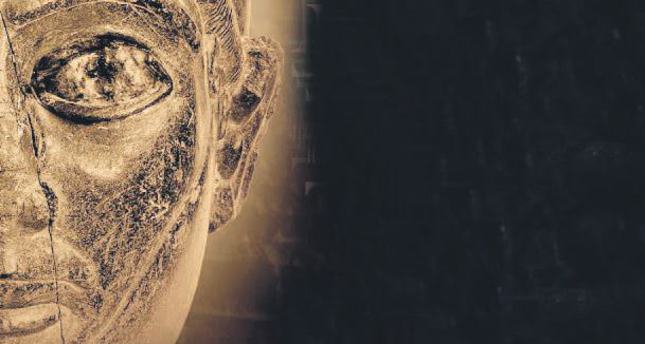 Curated by Murat Akar and Helene Maloigne, ANAMED's 'The Forgotten Kingdom: Archeology and Photography at Ancient Alalakh' exhibition highlights the change of perception that has taken place in archaeology in the last 60 years

If you admire archeologists who devote their lives to digging history, then there is a good chance you will admire a new exhibition at Research Centre for Anatolian Civilisations (ANAMED) at the tail end of Istanbul's Istiklal Street. Curated by Murat Akar and Helene Maloigne, "The Forgotten Kingdom: Archeology and Photography at Ancient Alalakh" exhibition offers that rare feeling of witnessing the joy and excitement of passionate individuals lucky enough to live their lives for something they really care for.

The exhibition offers a comprehensive look at the landscape and site of Alalakh, an ancient city-state which was a capital in the Hatay Province during the Bronze Age. Located at the Orontes River in the Amuq Valley of Hatay, this ancient city-state covers an area of 22 hectares. Sir Leonard Woolley, the famous British archeologist who was knighted a year before he started his excavation seasons in Alalakh, worked there until 1939 and held a second season of excavations between 1946 and 1949.

"Coming as a foreign archaeologist to Turkey in the 1930s and 1940s was a very different experience from what it is now," co-curator of the exhibition Helene Maloigne told me. "Leonard Woolley surely felt - as did many Western archaeologists - entitled to own and export Near Eastern material culture for the British audience. The photographs on his excavation were taken by one of his foremen, coming from a family near Karkamış, who worked for Woolley for over 30 years. They show the view of a Western archaeologist seen through the lens of a local man. People are hardly ever recorded in the photographs, the emphasis being on the work in progress with sometimes over 400 workmen."

During Woolley's initial excavation seasons, Hatay changed its status from a French Mandate area to a short-lived Independent Republic of Hatay, before becoming the Hatay province of the republic on June 29, 1939. It was during this turbulent era that Woolley made a crucial discovery. His team found the statue of King Idrimi, the king of Alalakh during 15th century BC, which carried on it an inscription of the king written in Akkadian.

This severely damaged artefact was later carried to the British Museum. During this period, the public showed an immense interest in those excavations and Wooley satisfied the appetite through articles he wrote for the Illustrated London News and The Times. In 1995, Aslıhan Yener started a new program for excavations which was supported by Koç University. Under the directions of Yener and co-assistant directors Mara Horowitz and Murat Akar, three remote sensing campaigns, two exploratory sections and sixteen borings were accomplished in the duration of ten years.

I talked to Murat Akar, who described how he became part of the excavation team in 2003 just after graduating from Bilkent University. In 2006 professor Yener had appointed him as the senior field supervisor, and then as field director. "Before becoming a member of the project, I visited the site in 2000," Akar said. "I remember what I said to myself then: 'I wish one day the excavations will start here again and I can get a chance to become a member of it.'" Akar described how he was missing a lot of the things happening around him during those excavations, because of his intense focus on the excavation work. "I took photographs as much as I could to document this unique environment," he said. "When we decided working on this exhibition, we have already spent significant amount of time for presenting the site, its archaeology and people and how they blended. The big difference between excavating and exhibiting was to isolate ourselves from the story and try to look at it from outside as audiences."

The photographs from the current excavation highlight the change of perception that has taken place in archaeology in the last 60 years. "We are trying to focus less on the material culture and the 'quality' of the objects retrieved from the ground, but to understand the importance they had for the communities that used them, Maloigne said. "The photographs furthermore emphasize the give-and-take relationship between the archaeologists and members of the local community, many of whom have worked for the excavation for several years and share their knowledge of excavation techniques as well as the use of ancient construction methods with the excavation team."