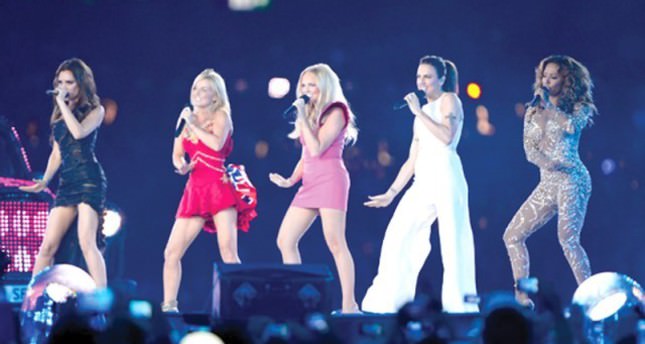 by daily sabah
Nov 03, 2014 12:00 am
A survey conducted online via interactive game called Hookedon music, reveals that The Spice Girls' hit, Wanna be, is the catchiest UK hit single. The participants of the experiment recognized the song in 2.3 seconds compared with an average of five seconds for other popular songs.

Researchers launched the experiment as part of a study developed by the Museum of Science and Industry (Mosi). They made a top ten list of the catchiest hit songs since the 1940s. People who played the online game were asked if they recognized a song, which was randomly chosen from over 1,000 popular songs dating from the 1940s until now.


Data from more than 12,000 participants was gathered from the online survey. The Spice Girl's 'Wannabe' was the catchiest song, Lou Bega's Mambo No 5 came second in the list, and Survivor's 'Eye Of The Tiger' followed Mambo No 5 in third place.

3. Survivor - Eye Of The Tiger

8. Whitney Houston - I Will Always Love You

Here is the video of the song in case you might have forgotten.