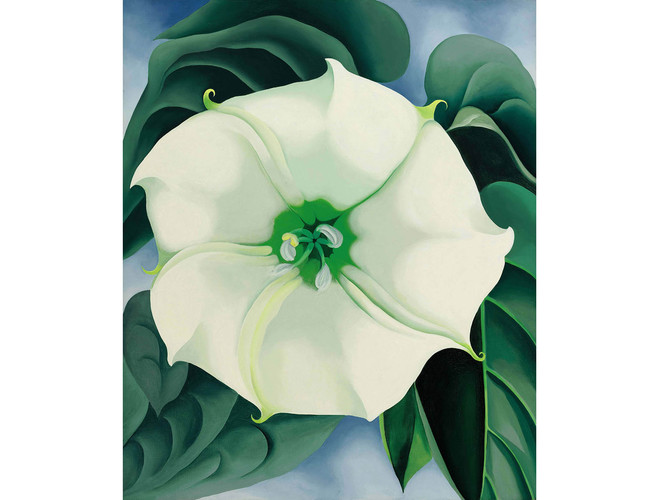 by
Nov 21, 2014 12:00 am
A painting by late American artist Georgia O'Keeffe sold for more than $44.4 million in New York on Thursday, which Sotheby's called a new auction world record for any female artist.

The 1932 painting of a white blossom flower, entitled Jimson Weed/White Flower No 1, sold for three times more than the original auction estimate.

Sotheby's said the previous auction record for a work by a female artist was $11.9 million, set by US abstract painter Joan Mitchell's "Untitled" at rival auction house Christie's in New York in May.

The O'Keefe work had been valued before the sale at $15 million but Sotheby's said it was driven to more than $44.4 million by a prolonged battle between two determined bidders.

O'Keeffe is considered one of the most significant artists of the 20th century and was a prominent avant-garde artist in New York.

She spent much of her life in New Mexico and died in 1986. The previous auction record for one of her works was $6.2 million.

O'Keeffe was celebrated for her flower paintings.

Her "Jimson Weed/White Flower No. 1" oil on canvas was one of three works offered at auction by the Georgia O'Keeffe Museum in Santa Fe, New Mexico.

The record for the most expensive piece of art sold at auction is $142.4 million paid last year for a Francis Bacon triptych "Three Studies of Lucian Freud."