The fire of dance: Los Vivancos 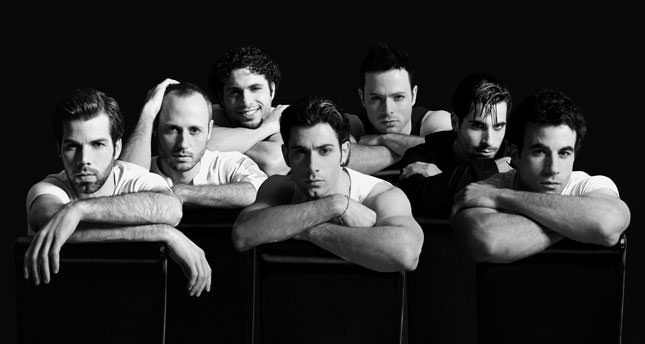 by Cenk Erdem Dec 02, 2014 12:00 am
In its 10th year, Los Vivancos have brought together their two most popular performances to showcase at the Hollywood Production. They will be performing for four nights at the Ankara Meb Şura Hall on the Dec. 16-17 and Dec. 19-20 at the Cemal Reşit Rey Concert Hall. Ever since the dance group was established in 2004, Los Vivancos has gained a reputation for illuminating the stage through the Flamenco fire of its seven Spanish brothers. The group have put together a show called the "Best of Los Vivancos," which they have composed using the best parts of their last shows "Aeternum" and the "7 Hermanos." Following in the footsteps of their Flamenco dancer father Pedro, they have continued their family tradition. Since their formation 10 years ago, Los Vivancos have become one of the world's biggest Flamenco groups. The "Best of Los Vivancos" is backed up musically by the Budapest Symphony Orchestra, who contrast the worldy sound of their "Aeternum" performance with the high energy rock music of the "7 Hermanos" show. Vivancos presents challenging physical movements to its audience with a charming aesthetic grace. Los Vivancos brother Josua Sayos told Daily Sabah about the epic ambiance created by the performances, the great names they have worked with, how their experience with martial arts is reflected in their performances and the power of dance.

Daily Sabah: Your first show "7 Hermanos" and "Aeternum" have now been merged into one show; how do you compare your two performances?

Josua Sayos: We have taken the stage in tens of countries, including Turkey, and have reached out to millions of people, in particular over the last six years, we have taken part in hundreds of performances and we now have a stronger dance. Our first show tells the story of our lives and it has an original aspect to it, however "Aeternum" is a far more attractive show. Of course, every show entails a performance stronger than that of the previous one and we have now merged the best parts of both shows.

DS: Symphonic music will accompany you on stage; can audiences expect an epic flamenco show once again?

JS: Judah is responsible for the creative aspect of Los Vivancos's music, however, in regard to "Aeternum," the music production and orchestral organisation of Fernando Valezquez was also outstanding and we were able to carry out recordings with the Budapest Symphony Orchestra composed of over 100 musicians. The epic ambiance of "Aeternum" will be on stage once again and we can certainly say it is an epic flamenco story, much like a Hollywood movie.

DS: On stage you dance with leather straps that hang from the ceiling, are such difficult movements intended to send a message?

JS: Our last show "Aeternum" questioned supernatural events and their limits. We embark on a journey to illustrate the idea that art is infinite with all of those physical movements. Once again, we will be sending messages of immortality and infinity with our choreography.

JS: Thanks to our experience in martial arts, we are able to display a strong dance performance on stage. Classic ballet education is incredibly important for our aesthetics and in this show you can see the performance of martial arts with fine aesthetics. Together with the Flamenco you will see Kung Fu and even kickboxing on stage.

DS: As Los Vivancos has cooperated with Danele Finzi Pasca, who gained international recognition for his work in "Cirque du Soleil" and the famous "Corteo" performance, what kind of new ideas did Daniele Finzi Pasca bring to your performance?

JS: Daniele Finzi Pasca served as our art advisor and he was practically with us 24/7 in the weeks leading to our premier. He contributed brand new ideas to every fine detail that we presented on stage, in a way we can say that he is the person that has shaped the Los Vivancos project in its final state.

DS: You have worked with Fernando Valezquez, known for producing the music for the famous Spanish horror movies "The Orphange" (El Orfanato) and "Julia's Eyes " (Los Ojos de Julia), has his music added an atmosphere of a horror movie to your show?

JS: Actually, we decided that we wanted to work with Fernando Valezquez after watching the famous horror movie "El Orfanato - The Orphanage." Our show contains music both from Los Vivancos and Valezquez. However more than the feeling of horror or thriller, our shows have a feeling of an epic movie. Perhaps if we consider the symphonic music of the performance it reminds us more of a Hollywood Production such as "Pirates of the Caribbean."