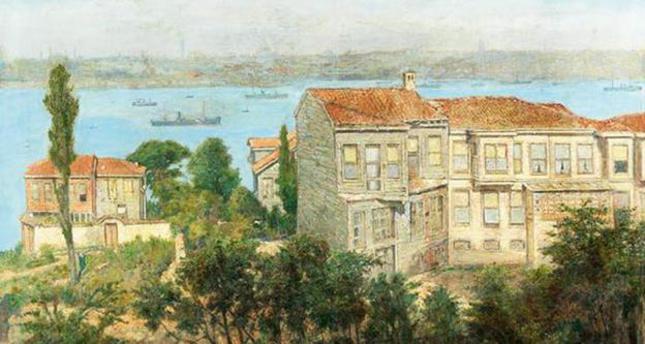 by Daily Sabah Dec 09, 2014 12:00 am
The exhibition "Klasik Türk Resmi: Başyapıtlar Koleksiyonu" (Classical Turkish Paintings: A Collection of Masterpieces) at Bali Art Gallery depicts the transition period between the Ottoman Empire and the Turkish Republic, as well as displays late Ottoman-era paintings, along with "hilyas" (Islamic graphic art form) and "fermans." Launched today, the event highlights the works by prominent Turkish painter s including Halil Pasha (1857-1939), Hüseyin Zekai Pasha (1860-1919), Hoca Ali Rıza (1858-1930), Nazmi Ziya (1881-1937), Feyhaman Duran (1886-1970) and Hikmet Onat (1882-1977). These artists created a cultural bridge between the Republic and pre-Republican eras, and are recognized as master figures of the transitional period, while inspiring the discourse and expression styles of succeeding painters.

A number of influential and interesting works that have remained hidden in special collections for years are now on display at the exhibition, which runs to Dec. 26. A passion for nature can be traced in the landscape paintings of Hikmet Onat. "It makes us feel as if a spring breeze grazes our face while looking at the paintings," said Professor Kaya Sezgin in his statement to Daily Sabah. The exhibition brings the Istanbul of the 1880's and 1900's to life, and invites the viewers to enjoy its natural beauty, vibrant people and unique structures. Hüseyin Zekai Pasha's painting depicting the Salacak neighborhood overlooking the Bosporus not only evokes the melancholy nature of old mansions, but also shows steamships waiting to unload in a harbor with the capacity to handle up to 10 million tons of cargo. The master painters of 100 hundred years ago not only provide unique examples of Western painting trends such as impressionism, but they also revive the viewers' collective memories that reside in colorful lullabies and songs.