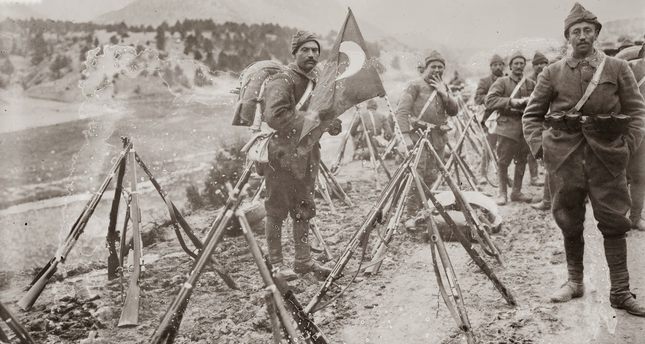 by Daily Sabah Dec 11, 2014 12:00 am
The 19th Boston Turkish Culture and Art Festival is introducing 3-D photographs of Istanbul from the time of the Ottoman Empire for history and photography lovers. The rare stereo-photographs of Istanbul were displayed during a presentation at Boston University. Taken between 1855 and 1910, they show the significant architectural and urban transformation in the 19th century along with period trends and changes in social life, Professor George Mutter of Harvard University and historian Bernard Fishman said at the session.

According to the festival committee's statement, the photos are from the special collections of Mutter and Fishman and the participants viewed them with 3-D glasses. All the photos reveal the lesser-known subjects in Ottoman-era urban structure and architecture and the daily life in the 19th century of Istanbul. It was reported that the historical photos were taken in the early years of photography technology, underscoring the difficulty of taking such impressive pictures. Mutter and Fishman began to create their independent collection almost 50 years ago and decided to compile them in one collection rather than being rivals to each other. The collection was later transferred into a digital platform.

Since 1996, the festival has presented a wide-ranging cultural program titled "the Colors of Anatolia" including exhibitions, workshops, presentations, concerts, film competitions and the tastes of Turkish cuisine. Turkish Cultural Foundation (TCF), the Turkish Ministry of Culture and Tourism, Turkish Airlines and the Promotion Fund are the main sponsors of the event.