‘Resurrection’ of interest in Ottoman times 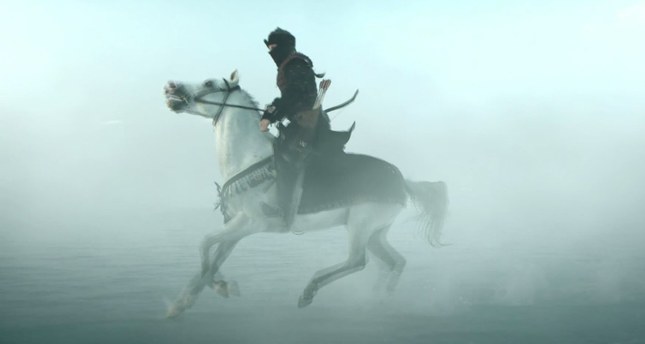 by Daily Sabah Dec 13, 2014 12:00 am
Turkey's new television series "Resurrection: Ertuğrul" ("Diriliş Ertuğrul" in Turkish), the first episode of which aired on Wednesday night on the television channel TRT, has topped television ratings.

The series was the most-watched program on Wednesday, according to the rating figures of the AB group, which represents educated and high-income earners in Turkey. Many social media users praised the series for its accurate description of Ottoman history, and the hashtag #Diriliş (Resurrection) became one of the most popular trending Twitter hashtags.

The first episode shook Turkish social media with some people comparing it to the "Game of Thrones" series, aired in the U.S. Another TV series, "The Magnificent Century," which depicted the era of Suleiman the Magnificent during the Ottoman Empire, also attained great success both in Turkey and around the world. The series drew about one third of prime time viewers to the screen and aired in more than 45 countries worldwide. The interest of Turkish viewers in historical series focusing on Ottoman sultans and their period, indicates that there is a great desire to learn Ottoman history and establish a bond with their ancestors.

Indeed, historical TV series in general open a window for viewers to explore their history through both visual and audial means. To illustrate, "Muhteşem Yüzyıl" (the Magnificent Century) was criticised when it was broadcast on a Turkish private TV channel, yet viewers enthusiastically watched it for four seasons. Furthermore, they were able to increase their knowledge about the religious, political and military developments during the heyday of the Ottoman Empire. It even created sympathy toward the historical figures of that time. The period, clothing, lifestyle and social structure were the leading visual effects. Similar to "The Magnificent Century," "Diriliş: Ertuğrul" (Resurrection: Ertuğrul) has drawn the same level of attention even with its first episode.

Although the proposal for mandatory Ottoman language lessons in high schools has been a storm in a teacup until recently, the gradually increasing interest in such historical TV series deserves critical attention. Those who attempt to create an emotional connection with history turn to these TV productions. Bear in mind, language is the best communication instrument between cultures. The masses who cannot read Ottoman texts try to connect with their past through TV series which portray explicit descriptions of history. It would be more influential to learn history using original materials and texts. A generation that has sufficient knowledge of the Ottoman language can fill the gap in its historical knowledge, while creating a healthy and close relationship with the past.