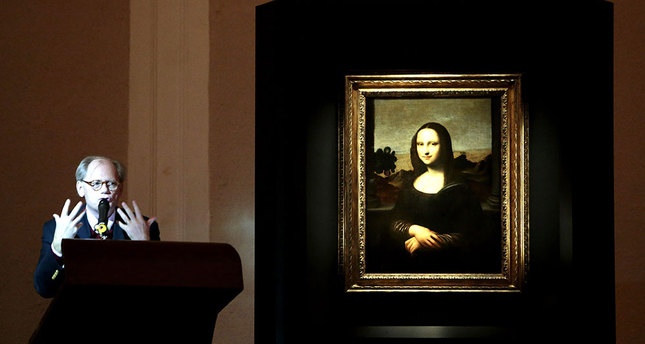 An earlier version of the Mona Lisa by Leonardo Da Vinci made its world premiere in Singapore last week. Researchers said an English noble probably bought the painting in Italy in the late 18th century

Researchers into the provenance of a painting dubbed the "Early Mona Lisa" reported on Monday they had identified an English noble who probably bought it in Italy in the late 18th century and a country house where it was found in 1911. The revelations came as the work went on show for the first time in Singapore in a display about the portrait and Leonardo da Vinci, who a Swiss foundation holding it argue painted it before the version in the Paris Louvre."We feel these latest discoveries and new scientific analysis just carried out leave little doubt that it is Leonardo's work," said David Feldman, a Geneva-based auctioneer and vice-president of the Zurich "Mona Lisa Foundation". "The vast majority of experts now either agree with us or accept that there is a strong case for our thesis," he said.The painting shows a younger Lisa del Giacondo, a Florentine merchant's wife who is the subject of the masterpiece in the Louvre which entered the collection of the French royal family after Leonardo died in France in 1519.

The "earlier" version, mention of whose existence appears in several accounts from the early 16th century, came to light in modern times when British art dealer and collector Hugh Blaker found it in 1911 in a country house in southwest England. Blaker, who owned the painting for many years and made several unsuccessful efforts to have it authenticated, never identified the house or the then owners, although his diaries of the key years have gone missing. In a communication passed to Reuters, a team of researchers say they have traced a work titled "La Joconde" loaned to an art exhibition in the town of Yeovil in 1856 and sold to a silver dealer two years later.

Working back from there, they say they found a document declaring that a young Somerset noble, James Marwood, owned a painting by Leonardo know as "La Joconde" that he had probably bought on a visit to Italy around the 1780s. The team also established an implicit link to another local noble family who had a deep interest in Renaissance art and lived in Montacute House, today a major tourist attraction. The researchers say Blaker's brief references to the house where he found the work indicate that it was Montacute, whose owners by 1911 had fallen on hard times and had begun to secretly sell their possessions.