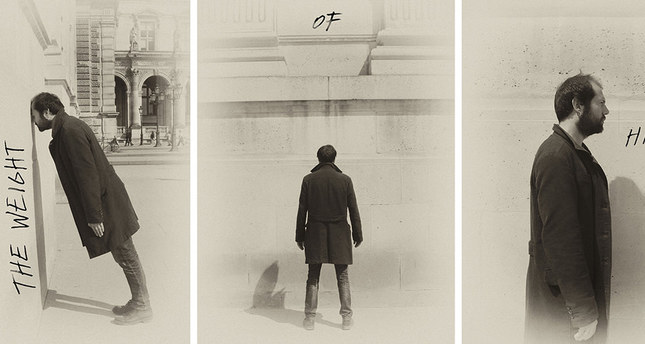 You may not have heard Çağrı Saray's name but there is a good possibility that you will, soon. Born in Istanbul in 1979, Saray is one of the most promising visual artists of his generation. Following his eight solo exhibitions in the last 14 years, including two in Paris, Saray is back with "Outsider," a new exhibition at Kuad Gallery that will run until Feb. 21. Featuring photographs, etchings, drawings and a video installation, it offers a nice beginning to the artistic year.

"Since his debut in the highly competitive art scene of Istanbul, Saray distinguished himself with peculiar drawings of illustrative bizarre narrations, ordinary living scenes and common objects. Strong, determined lines multiply in these unusual drawings so that they create an animated image and refer to the flux and reflux of visual," writes Beral Madra in the exhibition program.

Memory is the subject of the "Memory Spaces" series, arguably the centerpiece of this exhibition. Consisting of a group of white on white engravings devoted to the transformation of Istanbul's urban scenery, "Memory Spaces" represent such monumental buildings as Selimiye Barracks, Haydarpaşa train station, Atatürk Culture Center (AKM), the main gate of Istanbul University, alongside numerous symbols of Turkishness, including a Turkish flag, a military tank and a map of the country. Madra points to how Saray's work "evokes an extremely sensible approach on the contemporary concerns of private-space public-space oppositions. This sensibility is reflected in the artist's method of creating a minimalist serene effect with white on white etchings."

You need to look carefully at those etchings to see what they are about. They seem to exist and disappear in the same instance. When I asked Saray to explain the idea behind the series, he told me how French sociologist Lefebvre's concept of memory spaces had served as his starting point.

"I wanted those places and objects that I have chosen to look faint and silent, just like their images in our memories," Saray said. "This is why I wanted to use the historicity of the image as my starting point. I made the lines less discernible through the traditional technique of graving."

In 2011 Saray spent time in Paris where he was a resident artist in the Cité des Arts residency program whose selections of Turkish artists were coordinated by the Istanbul Foundation for Culture and Arts (İKSV). "My experience in Cite and the time I spent in Paris were productive," Saray said. "I had two solo exhibitions in Paris: one at Cite Internationale des Arts and also a pop-up exhibition space at Trocadero." He explained how this experience in Paris helped him become an "outsider" and a flaneur. It was through these perspectives that he re-evaluated Paris and produced new works which made constant reference to the historicity of cities.

"The works in the Outsider exhibition project the social events that occurred over the last couple of years. The video installation, Revolution at Home, references recent social events in the Middle East and other places in the world as well as the collective consciousness that germinated in them."

"Revolution at Home," a 70-second-long video installation, is impressive in its simplicity. An uncanny view of an interior, it consists of a drawing of two chairs, a table, an ashtray and large windows which look out to a city square. The soundtrack and the glowing red color on the windows suggest that a violent event, perhaps a revolution, is taking place outside.

"I took sounds from protest events in different countries and merged them in the soundtrack," Saray explained. "The visuals show us the public space through the window of a private space. As Le Corbusier argued, a window separates the public from the private; it imprisons us, the viewers, into the 'interior.' "According to Saray this transforms viewers into eyewitnesses, while the installation places them into a privileged position, providing them with three distinct layers: the street, the interior and the spectator.

Another work, "The Weight of History," consists of triptych photographs taken in front of the Louvre. "It shows how the Louvre is not only a museum but also a particular representation of the institution's contributions to French economy and history," Saray said.