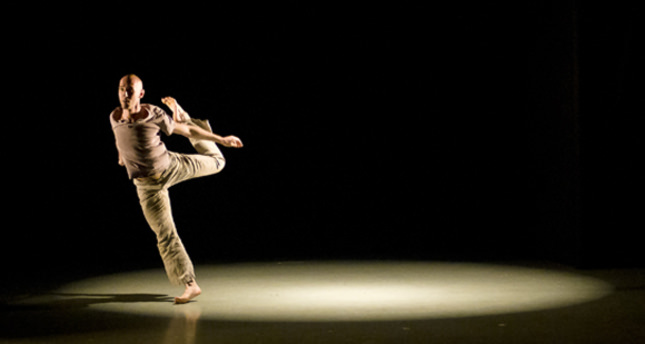 by Zeynep Esra İstanbullu Jan 20, 2015 12:00 am
Renowned choreographer and dancer Korhan Başaran, who continues his professional dance career in New York, will present three different performances at Akbank Sanat throughout January. Başaran's oddly titled show "3-2=1_>0" is inspired from how voice is turned into silence, movement into stillness and darkness into light.

The show is focused on searching for something new, the reveal and loss of form and how form can be recreated after its destruction. Başaran will share the stage with Aslı Güneş Sümer and Evrim Akyay on Jan. 21 and 27. The show will give everyone a chance to understand the motives behind his energetic performance. Residing in New York, Başaran is the artistic director of the "Korhan Başaran and Dancers" society. He received critical acclaim following his latest gala performance "I am Korhan, this is my dance" that took place in June at the Ailey Citigroup Theater. Many media circles, including the New York Times, wrote favorable reviews about his performance. He gives dance courses at STEPS and Peridance and is a visiting lecturer at DNA. His performances can be listed as follows; "Elegy" (2008), "Seeking Beauty" (2009), "K's Search for L" (2010), "The Second Elegy" (2010), "I am Korhan, this is my dance" (2011) and "The Gathering" (2011).

In 2012, he created a dance performance entitled "İsimsiz" (Nameless) for Fazıl Say's "Patara Ballet." Başaran performed his new interdisciplinary work "This is not a Hamburger" in September 2012. Last year in October and November, he took the stage in New York with his other performance "A kind of beauty."