Film festival to screen shorts from around the world 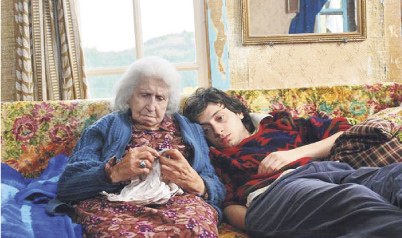 by Zeynep Esra İstanbullu Mar 12, 2015 12:00 am
The Akbank Short Film Festival will celebrate its 11th edition from March 16 to March 26 in Istanbul. The festival has set out on this journey to establish a platform in the field of short films and become a leading event not only for its film screenings, but also workshops and panels hosting local and foreign figures. This year, the 10-day festival will extend its regular program with a new international competition category of World Shorts. A total of 712 short films from Mexico to Scotland and Syria to Papua New Guinea have been submitted to the festival committee.

The festival program includes Festival Kısaları (Festival Shorts), Dünyadan Kısalar (World Shorts), Kısadan Uzuna (From Short to Long), Deneyimler (Experiences), Belgesel Sinema (Documentary Cinema), Yarışma Seçki Dışı (Out of Competition) and Özel Gösterim (Special Screening) covering 23 different countries, 86 short films and two feature-length films. Aiming to become an information-exchange platform for short film enthusiasts for the last 11 years, the event puts particular attention on talks and workshops. On March 20, Maike Mia Höhne, the short film curator at the Berlin Film Festival, will hold a panel, Short Films at International Festivals. The Experiences section will host Cannes and Venice award-winning director Jessica Woodworth. She will hold an advanced film workshop and give a talk following the screening of her film, "The Fifth Season," on March 22. Another section, From Short to Long, will screen the earlier productions of Yeşim Ustaoğlu including "Magnafantagna," "Düet" (Duet) and "Otel" (Hotel) for the first time. On March 24, Ustaoğlu's "Pandora Kutusu" (Pandora's Box), which won the Golden Shell at the San Sebastian International Film Festival, will be screened. The senior Turkish director will attend a panel session with the audience on the same day. This year's Documentary Cinema section will screen Engin Ayça's "Ölüler Altın Takmaz" (Pergamon Says: The Dead Don't Wear Gold) and "Penceremde Sardunyalar" (Geraniums at My Window) on March 25. The festival will feature well-known figures of Turkey's short film world. On the same day, Tülin Özen, Sermet Yeşil and Ahmet Rıfat Şungar, who frequently appear in short films, will share their experiences during a panel, Oyuncu Gözüyle Kısa Film (Short Film from the Eyes of Actors).