Topkapı walls to be fortified 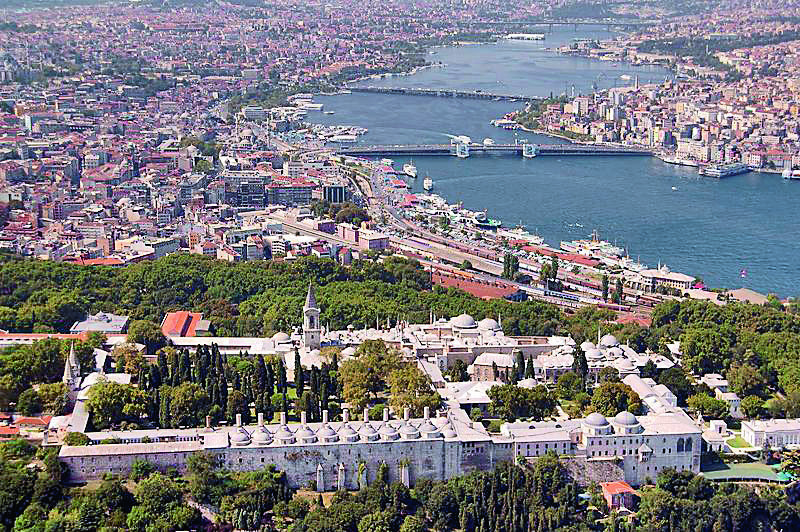 by Zeynel Yaman Mar 27, 2015 12:00 am
The Ministry of Culture and Tourism has urgently decided to fortify the retaining walls of Topkapı Palace due to an imminent risk of collapse. Facing the Seraglio Point, or "Sarayburnu," at the mouth of the Bosporus, the neglected walls have suffered greatly from earthquakes and wars. Dating back to the Byzantine period, the retaining walls have been used to protect the imperial palace from natural disasters, notably earthquakes. Following comprehensive architectural and static analyses, the ministry will immediately begin the fortification process. The decision was approved on March 25 and the project has been put out to tender. A number of durability tests will be carried out to check the structure of the stones, mortar and the carrier system before the project starts. Special attention will be paid to protecting the walls' historical integrity. In 330, the Byzantine

Emperor, Constantine the Great, founded the new capital of the Eastern Roman Empire on the existing site of the ancient Greek city of Byzantion and rechristened it Constantinople (present-day Istanbul). He later decided to build a palace situated between the Hagia Sophia and the Hippodrome, in what is now Sultanahmet Square. The seafront side of the palace was surrounded with retaining walls. At the time of the Crusades, the palace was badly damaged and plundered. A new palace, the Blachernae, was built in what is now the district of Edirnekapı, and the former was left to its fate. Following the 1453 conquest of Constantinople, Ottoman Sultan Mehmed II built Topkapı Palace in 1478 on the field where the ruins of the initial Byzantine palace existed. The retaining walls surrounding the façade of the imperial palace looking out to the Marmara Sea were retained to protect it. For 400 years, the palace remained as the principal center of authority of the Ottoman Empire.

During the reign of Sultan Mustafa III, the palace and its walls were damaged in a 1766 earthquake. Repair work took many years, but was not properly completed, due to ongoing wars. The first maintenance work was conducted

under the commission of Abdülhamid I, who succeeded to the throne in 1774, eight years after the 1766 earthquake. The sultan paid all expenses from his personal budget, but the renovation was suspended when he was unable to meet the costs. Standing in their original place for well over 1,000 years, the walls have lost their retaining function. After the major earthquake in 1999, a restoration project was put on the agenda, but was never realized.
Last Update: Mar 27, 2015 2:23 am
RELATED TOPICS