Turkish masterpiece to be translated into English 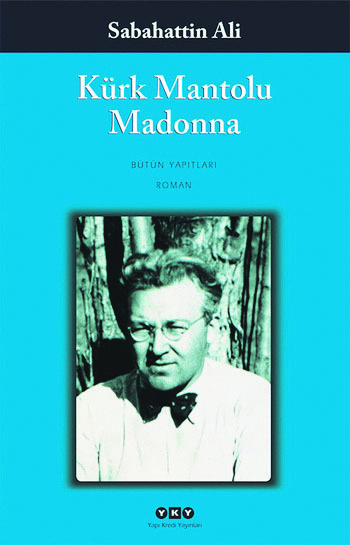 by Anadolu Agency Apr 01, 2015 12:00 am
A book by one of modern Turkish literature's most important writers, Sabahattin Ali, will be translated into the English for the first time. The prominent author's 1943 book, "Kürk Mantolu Madonna" (The Fur Coated Madonna) will be published in English at the beginning of 2016, more than 70 years after its debut in Turkish.

A poet, writer and journalist, Sabahattin Ali was born in 1907. A critic of the then-government, he was murdered in 1948 by an unknown assailant in mysterious circumstances. Rumors later flourished that his killer was a member of the national security service.

His revived work, "Kürk Mantolu Madonna," centers on a post-WWI-era love story between a Turkish student and a German singer in Berlin.

"Kürk Mantolu Madonna" has already been published in German by Dorlemann, and has seen four print editions in Russian, Croatian, Arabic and Albanian. Speaking to Anadolu Agency, ONK managing director Meriç Güleç said that they had been meeting with Penguin since the Frankfurt Book Fair last October, and finalized the new publishing agreement in March.

"The book's latest success in Turkey was an important detail for them [Penguin]," said Güleç, referring to the book's renewed popularity among young Turkish readers. According to the book's publishing rights owner in Turkey, YKY Publishing, the company released almost 1 million copies of the book since 1998.

"Its profound historical and political content, as well as being a romance novel, easily grasps young readers," Güleç added, but did not speculate on who will be the possible translator.

Ali's work will also be published in Spanish, Italian, Dutch and Georgian, according to ONK. Last year, Penguin translated a book by another prominent Turkish writer, Ahmet Hamdi Tanpinar. His 1962 story "The Time Regulation Institute" was printed in English for the first time; publishers hailed it as "a literary discovery."
Last Update: Apr 01, 2015 3:09 am
RELATED TOPICS