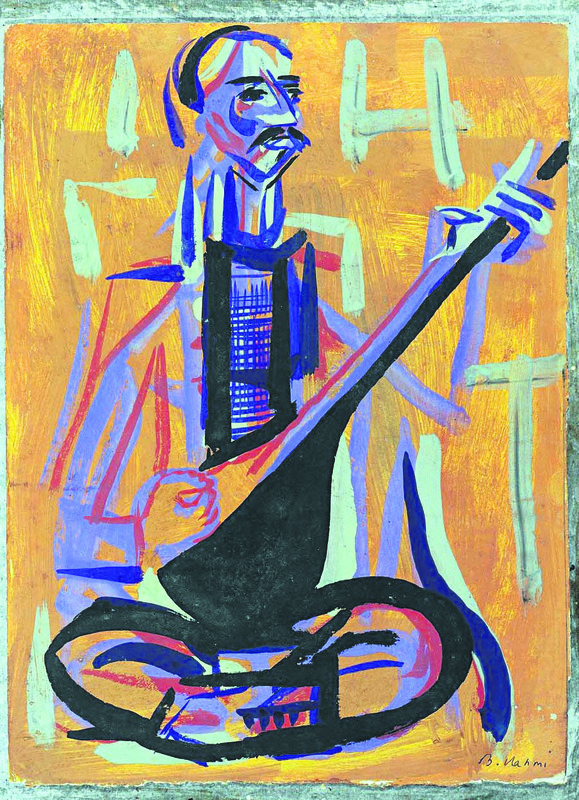 by Zeynep Esra İstanbullu Apr 01, 2015 12:00 am
The Consulate General of Greece in Istanbul and Columbia University's Global Center branch in Turkey will host the exhibition "Mavi Seyyahlar: Romare Bearden ve Bedri Rahmi Eyüboğlu'nun Sanatı" (Blue Voyagers: The Art of Romare Bearden and Bedri Rahmi Eyüboğlu) from April 15-17 at Sismanoglio Megaro, the cultural center of the Greek Consulate on İstiklal Avenue in Beyoğlu. The exhibition will be the final leg of a global tour of African-American artist Bearden's iconic works based on Homer's "The Odyssey." After New York and Paris, "A Black Odyssey" will visit Istanbul as a part of the event.

The exhibition will gather two contemporary artists who set off on a journey into their past while envisioning a global odyssey. Born in the same year, 1911, in two different parts of the world, Eyüboğlu and Bearden reached a peak of their artistic careers in 1950s and were highly influenced by the works of Picasso and Matisse - the two main names of the Parisian art scene. Although their path never crossed, they were in search of answers to similar questions and produced impressive pieces. As a leading name of the Harlem Renaissance, Bearden introduced a universal African-American identity to Homer's "The Odyssey." Eyüboğlu, on the other hand, who was inspired by the Blue Anatolian movement, was searching for a new Anatolian identity that embraced many civilizations. Eyüboğlu and Bearden were able to use different artistic means and forms of literary expression at the same time. They depicted epic stories in their works, introducing a unique poetic dimension to them. Sometimes they wrote poems, which made their paintings more influential. Bearden was a jazz aficionado whose paintings were inspired by musical rhythms, while Eyüboğlu frequently described Anatolian bards in his works, based on improvisational techniques.

"Blue Voyages" is curated by Robert G. O'Meally, the Zora Neale Hurston Professor of English and Comparative Literature at Columbia University, along with a doctoral candidate Merve Tezcanlı İspahani of Columbia University and Columbia Global Centers' Turkey branch in Istanbul. Concurrently with the exhibition, there will be panel discussions and other related events. The first panel "Ötekini Davet Etmek: Çeviri, Adaptasyon ve Doğaçlama" (An Invitation to the Other: Interpretation, Adaptation and Improvisation) will be held on April 16 at the exhibition venue. The free panel session will welcome academics from different universities. The event is free of charge on both the weekdays and the weekend.

Columbia Global Centers has eight headquarters around the world located in Amman, Beijing, Mumbai, Paris, Nairobi, Santiago, Rio de Janeiro and Istanbul. These centers are the building blocks of Colombia University's global education mission, and aims for useful interaction and a strong relationship between regions. Each center creates strong links with universities and institutions in its respective region, and they promote and facilitate international collaborations, new research projects, academic programing and studying abroad. All centers develop educational and research projects based on the conditions and needs of the regions in which they are established.
Last Update: Apr 01, 2015 3:09 am
RELATED TOPICS